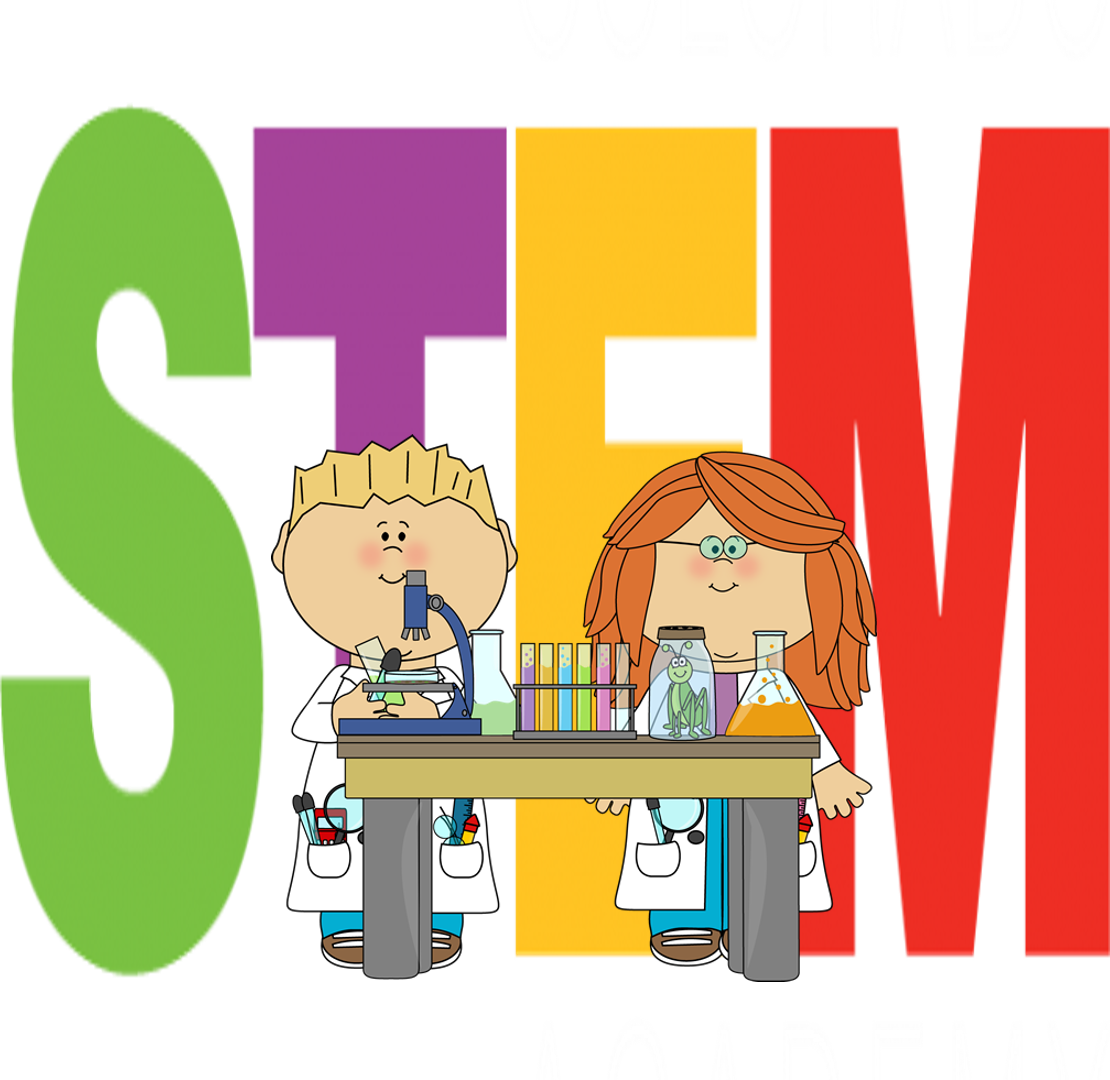 Science, technology, engineering, and mathematics (STEM) are subjects that have the reputation of being boring and difficult to learn. If you’re a parent who was raised with that perception, you may unwittingly (or intentionally) be passing that perception along to your children. I assume, however, that like most parents you really want what is best for your children and that includes ensuring they are prepared to face the future armed with the tools they will need to overcome the challenges they will face. Two of the tools they should have in their kit are engineering and science methodologies that can help them logically think through difficult problems they will face. Before they can be seriously taught those methodologies, children need to develop an interest in STEM subjects that draws them into the classroom. The sooner they get exposed to those subjects (in a fun and interesting way) the more likely that is to happen. Nancy Golden, owner of Golden Technical Creations, writes, “I think we would all agree how important it is to encourage STEM education for the future of our country. We want our children to be successful, and by teaching them to be curious, innovative, and to utilize critical thinking at a young age, we can set up a roadmap for their success in STEM education by fueling a constant fire that encourages them to be STEM minded not only at school, but as a lifestyle.”[1] So what can you do to help (even if you don’t have a strong background in STEM yourself)? Golden offers six tips:

1. Start Them Off Young, and Keep the Momentum Going. Golden and her husband have a teenage son named Josh. For his sixth birthday, they planned a party that not only got him interested in the subject of science, it got all of his friends interested as well. The invitation to the party read, “Joshua Golden needs your help! The Dinosaur Recovery Bureau (DRB) is an official agency dedicated to finding and recovering dinosaur bone fossils. Using some highly sensitive computer imaging equipment, their system has discovered what they believe are dinosaur bones near his house. [Name of invited child], Joshua, and the DRB are counting on you to help safely recover these bones…” The Goldens also prepared a paleontologist kit for each party guest and provided them with their own dig site containing a cast of a real dinosaur fossil buried in dirt and encased in baked mud. She writes, “Each party guest also got to create their own volcano with the lava color of their choice, using baking soda, vinegar, and food coloring. Josh’s birthday party had elements of paleontology and chemistry that were very memorable and fun for all.”

2. Make Science Fairs a Family Affair. Some of you might be saying, “Okay, now you’ve lost me.” The very thought of having to help create a science project can be scary if you don’t have a science background. Don’t underestimate your child’s imagination or creativity. Let them come up with a project. Even if the best you can do is add moral support, you can assist them in finding the help they may need. Golden, being technically-minded, loves science fair season. “While we made sure our son did the work,” she writes, “we were right there with him for support and encouragement.” Support and encouragement is important if we are going to get more diversity in STEM fields. Nicole Lou writes, “The STEM workforce is no more diverse than it was 14 years ago, and it may be because smart kids with STEM interests can only go as far as their resources and support allow them. Some schools simply aren’t equipped to give these youngsters the skills they need for their projects.”[2] Parental support and encouragement are valuable regardless of whether a school has lots of resources or not.

3. Do Stuff Just For Fun. Almost every large city has some kind of science museum or children’s museum that introduces science and technology to young kids in a fun and informative way. Many of them also have associated stores filled with toys, games, and projects with which children can play and have fun while learning. Golden writes about a gadget called The Useless Box that her son found on line at ThinkGeek.com. Golden writes, “Admittedly one of the silliest electronics projects ever, it is a black box with a switch. When you turn the switch to the on position it opens up and a finger pushes the switch to the off position and quickly closes. Mechanical and soldering skills are part of the build and make a fun project doable in one evening. While it will undoubtedly not win any prizes for research and development it will bring lots of laughs and is a great way to stimulate your kids thinking about the possible applications of simple electronics.” If you can’t afford to take your child to a science museum (or you don’t have one near you), you might be able to locate a Maker Ed site. Lou reports, “Maker Ed has a hand in various STEM education projects throughout the U.S., including hands-on workspaces for young makers from underrepresented backgrounds. The nonprofit runs a resource library for members of the maker education community and offers training opportunities for STEM educators.”

4. Make Finding Creatures Around the House Fun. Golden writes about the joys of finding click beetles and ribbon snakes in her house and using them as teaching moments. I’m not sure about you, but finding a bug in my house has seldom been a moment of joy or learning. The fact of the matter is, however, that at one time or another you are likely to find a fly, or spider, or a cockroach scurrying across the floor. This might not delight you, but you ask some interesting questions about the creature you spot and look for answers to those questions with your child. Questions like: How do spiders spin webs? How long do flies live? How long have cockroaches been around? You might even get your child to start asking the exterminator a few of those interesting questions!

5. Make Halloween About STEM. You might be thinking that Golden wants your child to dress as Albert Einstein or a giant Lego block, but she was thinking about decorations more than costumes. “Halloween is always a great opportunity to use one’s imagination,” she writes. “It is also an opportunity to teach basic electronics in the creation of a super cool Halloween dragon, like we did a couple of years go. Most of the stuff came from the junk drawer, although the lens for the eyes required a trip to our local bakery in search of cake plates. Josh got to learn about batteries, resistors, and LEDs. He was also in charge of making the dragon roar when an unsuspecting trick or treater approached – via a Jurassic Park dinosaur audio clip from his tablet to a Bluetooth speaker hidden in the trunk.” That level technicality may beyond your abilities, but teaching a child how to run speaker wires or use wireless systems can also provide teaching moments.

6. Make Your Kids Partners, Not Bystanders. The greatest gift we can give our children is time. Golden writes, “I believe the best way we can encourage our kids towards an interest in STEM is to model it with our own enthusiasm as their parents, and be there to cheer them on in their endeavors. Encourage them to come up with ideas during a family project and make sure and utilize some of them. Make your kids partners, not bystanders. Even at 6 years old, Josh was in the garage with his dad helping to make the hammers out of dowels that we put in the paleontologist kits for his birthday party.” I believe that project-based learning can help foster an appreciation (if not love) of STEM subjects. That’s why I, along with a few colleagues, founded The Project for STEM Competitiveness — to help get a project-based, problem-solving approach into schools near where we live.

Although the Goldens’ child was a boy, girls can have just as much fun and develop just as keen of interest as boys. Mayim Bialik (@missmayim), actress on “The Big Bang Theory,” asserts, “You don’t need to be a mathematician to know there is gender disparity when it comes to Science, Technology, Engineering and Math (STEM) education in this country. Part of the difficulty of getting girls interested in STEM is the common misconception that it’s reserved for boys. Despite the continued progress of women in the STEM world, there remains a notable absence of females in math and science professions. “[3] Bialik knows of what she speaks; she has a Ph.D. in neuroscience from UCLA. She notes that when she was about 15 years old and filming “Blossom,” she had a tutor who served as her first female role model in science. The tutor showed her that someone could be as passionate about biology as art or poetry. Parents can play the same role with their children. Doing so is one of the best things they can do to help their children prepare for the future.