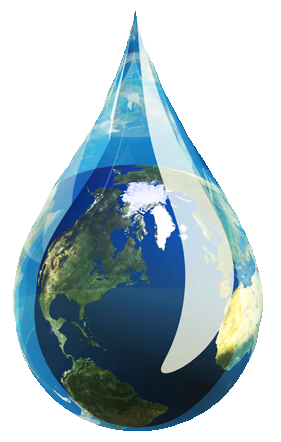 Water, Water, Everywhere — What Can We do About It? — Part 1

In the Part Two of Samuel Taylor Coleridge’s “The Rime of the Ancient Mariner,” the bard discusses the distress of mariners floating upon a windless ocean under a withering sun and running out of supplies (including water). One of the most famous stanzas from that poem is:

More than one analyst has used that poetic imagery to portray the plight of the world’s population in the years ahead. We sit on planet covered by water and yet the predictions about the availability of useful water are dire. Water is one of the rare topics that touches almost every category covered by this blog: globalization, innovation, supply chain, risk management, resilience, manufacturing, big data, smart cities, food and drink, and so forth.

First, and foremost, the world needs potable water. “If water has the capacity to enhance life,” writes The Economist, “its absence has the capacity to make it miserable.” [“Enough is not enough,” 20 May 2010] The article goes on to note that the sanitary habits of many developing nations add to current problems by polluting potentially drinkable water. As a result, disease increases, mortality decreases, and development is stifled. The article explains:

“Clean water is crucial for children with diarrhoea; they need rehydration and electrolytes to survive. Even then, they may still be at risk of malnutrition if they continue to suffer from diarrhoea, which will prevent them from absorbing their food properly. This usually has long-term consequences. Malnutrition in the womb and during the first two years of life is now seen as causing irreversible changes that lead to lifelong poor health. Poor health, bad in itself, translates into poor economic output. … The problem is not strictly a matter of water scarcity. Indeed, expanding the availability of water may actually increase disease, since it may lead to stagnant pools in which mosquitoes breed, and then spread malaria or dengue fever; or perhaps excess water will run through human or toxic waste and thus contaminate the ground or a nearby stream. So hygiene and protected storage are essential. Yet there is a shortage of safe water for drinking and sanitation in many places, not least in the cities to which so many people are now flocking.”

Water is so crucial to life and good health that the article notes, “One of the development goals set by the United Nations at the millennium was to halve the proportion of people without basic sanitation and a decent source of fresh water by 2015.” That goal is unlikely to be met. “Progress is slow,” the article states, “especially for sanitation, and particularly in Africa, and increasingly policymakers are finding that heavily subsidised projects are failing.” Water is still predicted to be a scarce commodity and thus a valuable commodity. In fact, it is predicted to become so valuable that Bloomberg BusinessWeek asks, “Is water the new oil?” [“How the Experts Would Fix the Water Supply,” 21 March 2013] The BusinessWeek article continues:

“Population growth and agricultural demand, combined with aging infrastructure and waste, have produced water scarcity in many countries. Prices are rising, and the lack of a dependable water supply is a massive health and economic issue.”

Climate change has always played a role in the water picture. If you have too much water, you get flooding. If you have too little water, you get drought. Both situations can wipe out crops and create a cascading effect felt around the globe. Alan Berjga notes, “When rain doesn’t fall in Iowa, it’s not just Des Moines that starts fretting. Food buyers from Addis Ababa to Beijing all are touched by the fate of the corn crop in the U.S., the world’s breadbasket in an era when crop shortages mean riots.” [“Drought Stalks the Global Food Supply,” Bloomberg BusinessWeek, 5 July 2012] Berjga added:

“In 2010 a drought that withered Russia’s wheat crop sent consumer prices in North Africa and the Middle East skyward, contributing to unrest that fed the Arab Spring. More than 60 food riots occurred worldwide between 2007 and 2009, when rapidly rising commodity prices wreaked havoc on family budgets, especially in poorer countries, where 70 percent of a household’s income may go to food. An extended U.S. drought would have a ‘tremendous’ impact on world food prices, as a higher cost for one dollar-denominated export crop cascaded into others, [Abdolreza Abbassian, a senior economist with the United Nations’ Food & Agriculture Organization in Rome,] says. ‘The world looks to the U.S. as the safest source of supply,’ he says. ‘Everyone watches the U.S. because they can rely on it. Without it, the world would starve.'”

This is not the first time that I’ve addressed the subject of water. Back in 2007 I wrote post entitled The Coming Water Wars? In that post, I cited several experts who noted that climate change will bring more rain to some areas (maybe too much rain) and less rain to other others. It is the very unpredictability of these rainfall totals that create such concern. As I wrote back then, “The trick, as it has always been, is getting the right amount of water to the right place at the right time.” One of the articles I cited in that blog post was written by Doug Struck. [“Warming Will Exacerbate Global Water Conflicts,” Washington Post, 20 August 2007]. Struck reported that such attempts to redistribute water have not always been successful or welcomed. He wrote:

“Humans have long attempted to reconcile nature’s inconstancies with giant plumbing: reservoirs and dams that hold back floodwaters for more gradual release; dikes and other barriers to protect developed areas; canals and pipelines to take water from wet areas to dry. But that kind of infrastructure is expensive, especially for Third World governments. Environmentalists decry the impact on wildlife. And building dams in earthquake zones tempts disaster.”

In a more recent three-part series on water (Let’s Talk Water, Part 1, Part 2, and Part 3), I discussed many of the issues raised above. In Part 1, I noted some of the reasons that experts are fairly confident in their predictions that there are going to be water shortages. First, they note that glacial ice, which many parts of the world depend on as a source of fresh water, is not being replenished. Second, an equally important source of fresh water, water found under the ground, is also being depleted faster than it can be replenished. Both of those sources of water take years, if not decades or centuries, to replenish. In other words, mitigating water shortages in areas dependent on glacial or underground sources of water won’t be easy or quick.

All of this, I admit, sounds pretty gloomy. The picture won’t look too much brighter in the next segment of this series which will discuss the impact of water shortages on the supply chain. Hopefully, however, the future will look a little brighter after you read the final segment that discusses some of the breakthroughs that are being made and strategies being discussed to address the water challenge. In my 2007 post, I concluded, “Like other global problems, dealing with water control, collection, and distribution is going to take global leadership, global vision, and global solutions.” That certainly hasn’t changed.