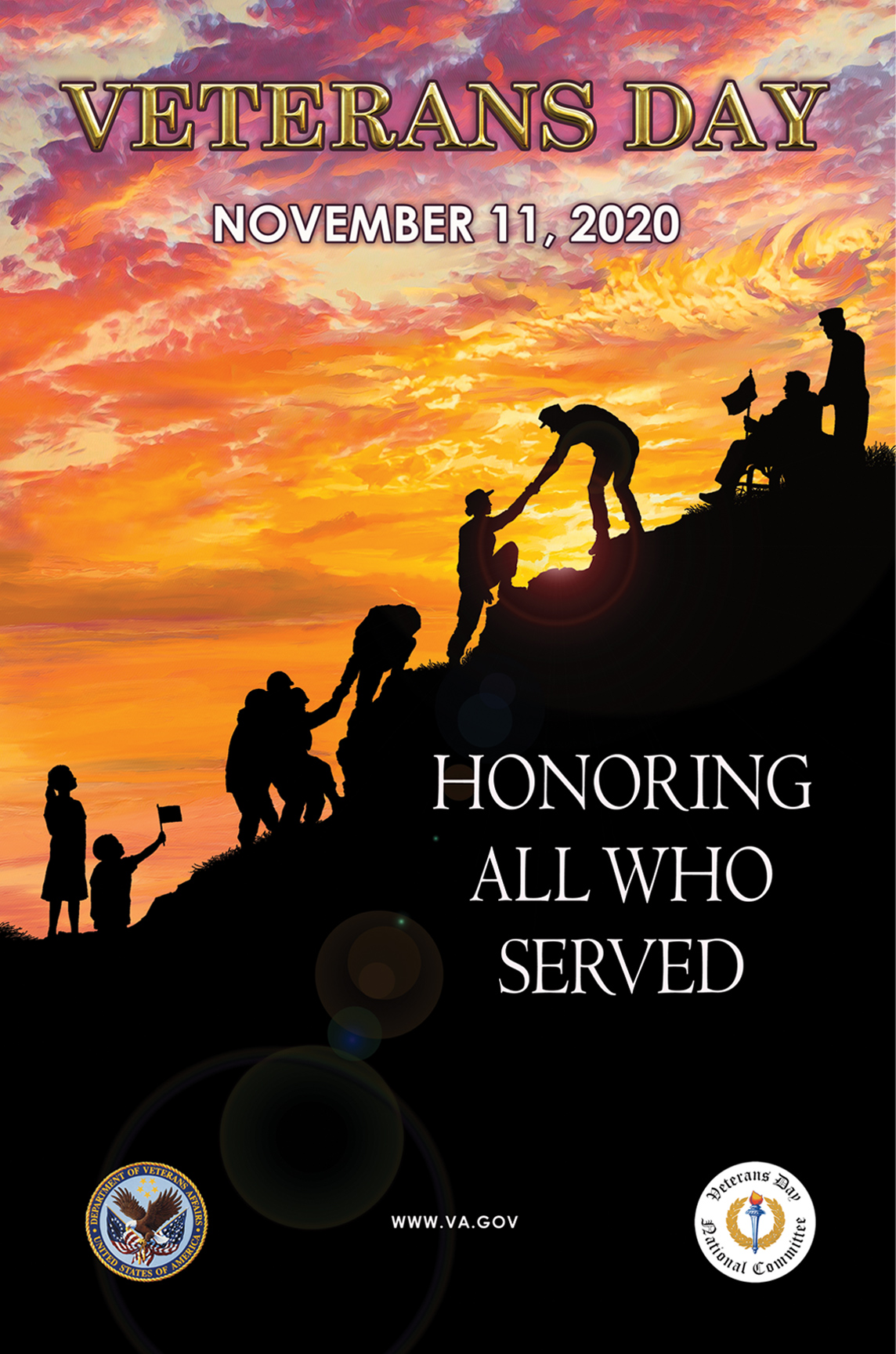 Veterans Day is one of the few federal holidays that isn’t celebrated on a Monday. It’s a fixed date, November 11th, commemorating the fact that the First World War ceased hostilities on the eleventh hour of the eleventh day of the eleventh month back in 1918. Katie Lange, writing for the U.S. Department of Defense, notes that Congress tried to make Veterans Day another 3-day weekend holiday, but the effort failed. She explains, “For a while, Veterans Day’s date was changed and it confused everybody. Congress signed the Uniform Holiday Bill in 1968 to ensure that a few federal holidays — Veterans Day included — would be celebrated on a Monday. Officials hoped it would spur travel and other family activities over a long weekend, which would stimulate the economy. For some inexplicable reason, the bill set Veterans Day commemorations for the fourth Monday of every October. On Oct. 25, 1971, the first Veterans Day under this new bill was held. We’re not sure why it took three years to implement, but not surprisingly, there was a lot of confusion about the change, and many states were unhappy, choosing to continue to recognize the day as they previously had — in November. Within a few years, it became pretty apparent that most U.S. citizens wanted to celebrate Veterans Day on Nov. 11, since it was a matter of historic and patriotic significance. So on Sept. 20, 1975, President Gerald Ford signed another law (Public Law 94-97), which returned the annual observance to its original date starting in 1978.”[1]

The U.S. Department of Veterans Affairs (VA) notes, “Veterans Day continues to be observed on November 11, regardless of what day of the week on which it falls. The restoration of the observance of Veterans Day to November 11 not only preserves the historical significance of the date, but helps focus attention on the important purpose of Veterans Day: A celebration to honor America’s veterans for their patriotism, love of country, and willingness to serve and sacrifice for the common good.” When the First World War ended, President Woodrow Wilson proclaimed November 11th “Armistice Day.” He declared, “To us in America, the reflections of Armistice Day will be filled with solemn pride in the heroism of those who died in the country’s service and with gratitude for the victory, both because of the thing from which it has freed us and because of the opportunity it has given America to show her sympathy with peace and justice in the councils of the nations.” Since the country already celebrated Memorial Day to honor fallen military heroes, Veterans Day (aka Armistice Day) became a day to celebrate all veterans — both living and dead.

During much of the last century, thanks to the draft and numerous wars, almost every family in America had a living veteran to celebrate. With the implementation of the volunteer armed forces, this is no longer the case. Many veterans of the Greatest Generation, and their offspring known as Baby Boomers, are no longer with us. Nevertheless, the VA notes, “There are nearly 20 million Veterans living among us, in every state and territory and from every walk of life.”[2] The VA goes on to note:

My guess is that only a small minority of U.S. citizens remember to pause for two minutes at the designated hour on Veterans Day. You might want your digital assistant to remind you today, at the appropriate time, to pause in honor of those who serve and who have served — along with their families who support and have supported veterans during their service. This year is particularly poignant considering we are also enduring a pandemic. One reason that’s it so poignant is because it’s the first time since the end of the First World War that a Veterans Day celebration is marked by a pandemic. That war undoubtedly contributed to conditions that spread the so-called Spanish Flu pandemic of 1918-1919 that killed between 20 and 30 million people. In the year-end edition of the 1918 Journal of the American Medical Association, the editors wrote:

“The 1918 has gone: a year momentous as the termination of the most cruel war in the annals of the human race; a year which marked, the end at least for a time, of man’s destruction of man; unfortunately a year in which developed a most fatal infectious disease causing the death of hundreds of thousands of human beings. Medical science for four and one-half years devoted itself to putting men on the firing line and keeping them there. Now it must turn with its whole might to combating the greatest enemy of all — infectious disease.” (12/28/1918).

Unfortunately, just over 100 years on, infectious disease is still “the greatest enemy of all” and nations are still required to send young and men women abroad to fight for principles of freedom and human dignity. As you honor our veterans, please do so responsibly so we can bring a speedier end to the spread of the COVID-19.