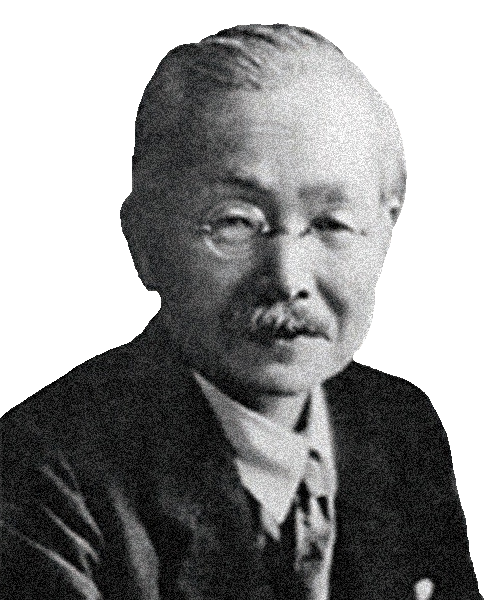 The Taste of Umami

“Sweet, bitter, salty and sour are the four taste qualities upon which the human sense of taste is based,” Bernd Lindemann, Yoko Ogiwara, and Yuzo Ninomiya wrote nearly a dozen years ago. “Strangely, though, while people tasted it daily, the fifth taste long remained unknown and unnamed. Its final discovery, made nearly a century ago, was due entirely to a single man, a chemistry professor at the Imperial University of Tokyo, Kikunae Ikeda.” [“The Discovery of Umami,” Chemical Senses, 1 November 2002] Natasha Geiling adds a little historical background to beginning of Ikeda’s quest. She writes:

“In 1908, over a bowl of seaweed soup, Japanese scientist Kikunae Ikeda asked a question that would change the food industry forever: what gave dashi, a ubiquitous Japanese soup base, its meaty flavor? In Japanese cuisine, dashi, a fermented base made from boiled seaweed and dried fish, was widely used by chefs to add extra oomph to meals – pairing well with other savory, but meatless foods like vegetables and soy. For some reason that was generally accepted but inexplicable, dashi made these meatless foods meaty – and Ikeda was determined to find out why.” [“It’s the Umami, Stupid. Why the Truth About MSG is So Easy to Swallow,” Smithsonian, 8 November 2013]

As Lindemann, Ogiwara, and Ninomiya explained, the resulting search for this “fifth taste” was a dedicated, if lonely, search by Ikeda. They wrote:

“It was Ikeda’s insight and endurance alone which powered this early work. The tedious chemical isolation and identification of the new taste substance was done without the help from postdoctorates or students, as would be usual today, aided only by one technician. The investigation was based on an observation concerning the dominant taste of dashi, a Japanese soup base. The taste of dashi is mild but, according to Ikeda, clearly distinct from that of the four basic tastes. Ikeda proceeded to isolate the principal taste substance from a main ingredient of dashi, the seaweed Laminaria japonica. This was done with the procedures of classical chemistry, aqueous extraction, removal of large-scale contaminants (mannitol, NaCl, KCl) by crystallization, lead precipitation and numerous other steps of preparative chemistry. Finally, low-pressure evaporation resulted in the slow crystallization of a single substance with the mass formula C5H9NO4: glutamic acid. Its taste was named umami, a word derived from the Japanese adjective umai (delicious). It has taken root as a scientific term internationally.”

The authors go on to note that many scientists, “especially in English-speaking countries, remained unconvinced” that a fifth taste actually existed. That’s probably why the term, a hundred years later, remains largely unknown to the general public – while it is familiar with the tastes sweet, bitter, salty, and sour. While trying to convince the world that umami was real, Ikeda, was just facing more than the skepticism of his scientific peers, he was facing over two thousand years of accepted theory. The Greek philosopher Democritus (c. 460 – c. 370 BCE) defined the original four tastes claiming “that when you chew on your food and it crumbles into little bits, those bits eventually break into four basic shapes.” [“Sweet, Sour, Salty, Bitter … and Umami,” by Robert Krulwich, National Public Radio, 5 November 2007] Krulwich continues:

“When something tastes sweet, he said, it is because the bits are ’round and large in their atoms.’ Salty is isosceles triangle bits on your tongue, Bitter is ‘spherical, smooth, scalene and small,’ while sour is ‘large in its atoms, but rough, angular and not spherical.’ And that’s it, said Democritus. Everything we taste is some combination of those four ingredients.”

Krulwich states that Democritus’ “shape of tastes” theory made sense to Plato and Aristotle and those were two historical heavy hitters. As a result, Krulwich notes, “Pretty much ever since even modern scientists have said that’s the number: four.” Surprisingly, Krulwich reports, “When taste buds were discovered in the 19th century, tongue cells under a microscope looked like little keyholes into which bits of food might fit, and the idea persisted that there were four different keyhole shapes.” Score one for Democritus. Krulwich, however, doesn’t begin the story of umami with Ikeda asking his question about dashi. He begins his story with a French chef named Auguste Escoffier (born Georges Auguste). He writes, “Escoffier was a chef. Not just a chef, in Paris in the late 1800s he was the chef. He had opened the most glamorous, most expensive, most revolutionary restaurant in the city.” More importantly, Krulwich asserts, “Escoffier invented veal stock.” Krulwich continues:

“Because it was neither sweet, bitter, sour, salty nor any combination of those four, as far as the scientists were concerned, it wasn’t real. People may smack their lips, drool, savor and pay enormous amounts of money to M. Escoffier, but what they were tasting wasn’t really there. It was all in their heads.”

Escoffier was thrilling his diners at the same time that Ikeda was enjoying his bowl of dashi. Ikeda didn’t create dashi he enjoyed it and he wanted to know why. He wrote that taste he was enjoying was “common to asparagus, tomatoes, cheese and meat but… not one of the four well-known tastes.” Krulwich continues:

“L-glutamate, said Ikeda, is a fifth taste. When Escoffier created veal stock, he was concentrating umami. When Japanese made their dashi, they were doing the same thing. When you bite into an anchovy, they are ‘like glutamate speedballs. They are pure umami,’ [science writer Jonah Lehrer] writes. ‘Aristotle was wrong. Plato was wrong. We have five tastes, not four. But when Ikeda’s findings were published,’ Jonah says, ‘nobody believes him.'”

Krulwich concludes, “Humans do have receptors for L-glutamate and when something is really, really yummy in a non-sweet, sour, bitter or salty way, that’s what you’re tasting. In 2002, this became the new view. It’s in the textbooks now and scientists decided to call this ‘new’ taste, in Ikeda’s honor, ‘umami’.” Geiling reports that Ikeda developed a well-known product from his discovery. She explains:

“In 1909, Ikeda began mass-producing Ajinomoto (meaning ‘essence of taste’), an additive that came out of his creation of the first method of industrially producing glutamate by way of fermented vegetable proteins. The resulting sodium salt form of glutamic acid (the acid with just a single sodium molecule) became famous for its ability to imbue a meaty flavor into dishes, or just naturally enhance the flavor of food. It was touted as a nutritional wonder, helping bland but nutritious food become delicious. A growing number of Japanese housewives used the product, and by the 1930s, recipes included Ajinomoto use in their directions. The sodium salt of glutamic acid remains prevalent today – anyone who has eaten KFC or Doritos has ingested it; it’s just known by a different name: monosodium glutamate, or MSG.”

“In 1968, MSG’s death knell rang in the form of a letter written to the New England Journal of Medicine by Robert Ho Man Kwok, a Chinese-American doctor from Maryland. Kwok claimed that after eating at Chinese restaurants, he often came down with certain unpleasant symptoms, namely ‘numbness at the back of the neck, gradually radiating to both arms and the back’ and ‘general weakness and palpitation.’ After Kwok’s letter ran, the journal received a deluge of letters from other readers, all claiming to suffer from the same affliction, deemed ‘Chinese Restaurant Syndrome’ by editors. … Public interest spurred a number of scientific inquiries into the potential danger of MSG. According to food historian Ian Mosby’s exploration of MSG in ‘That Won-Ton Soup Headache‘ these inquiries went one of two ways: they either sought to prove the harmful short-term effects of MSG (and Chinese Restaurant Syndrome) or they looked to identify more long-term damage caused by the additive. … From the FDA to the United Nations to various governments (Australia, Britain and Japan) the public bodies that have investigated MSG have deemed it a safe food additive. The FDA states on their website:

FDA considers the addition of MSG to foods to be “generally recognized as safe” (GRAS). Although many people identify themselves as sensitive to MSG, in studies with such individuals given MSG or a placebo, scientists have not been able to consistently trigger reactions.

Scientific interest in its deleterious effects seems to be waning: one of the last studies to gain public attention was published in 2011. The authors of that study claimed to have found a link between MSG and obesity, though those results have been questioned.”

Scientists no longer question the fact that umami exists as a fifth taste alongside sweet, bitter, salty, and sour. Its recognition is a triumph of science over tradition. Geiling calls umami a “glutamic cousin” of MSG and indicates that it has managed to remain free of the controversy that surrounds its cousin.