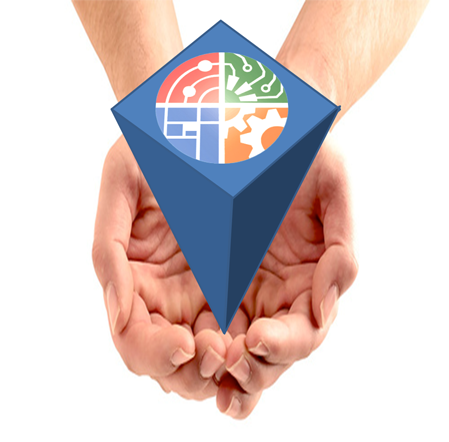 STEM in the Service of the Poor

Each year Bill & Melinda Gates publish a letter in which they express their hopes and dreams about a better future for the world’s poor and explain how they intend to help make these dreams come true. In this year’s annual letter, they state: “The lives of people in poor countries will improve faster in the next 15 years than at any other time in history. And their lives will improve more than anyone else’s.” Mr. and Mrs. Gates call this their “Big Bet.” They explain:

“Forty years ago, Bill and his childhood friend Paul Allen bet that software and personal computers would change the way people around the world worked and played. This bet wasn’t exactly a wager. It was an opportunity to make computers personal and empower people through the magic of software. Some people thought they were nuts. But the bet turned out well. Fifteen years ago, the two of us made a similar bet. We started our foundation in 2000 with the idea that by backing innovative work in health and education, we could help dramatically reduce inequity. The progress we’ve seen so far is very exciting — so exciting that we are doubling down on the bet we made 15 years ago, and picking ambitious goals for what’s possible 15 years from now. Some will say we’re irrational to make this bet too. A skeptic would look at the world’s problems and conclude that things are only getting worse. And we shouldn’t lose sight of the fact that a handful of the worst-off countries will continue to struggle. But we think the next 15 years will see major breakthroughs for most people in poor countries. They will be living longer and in better health. They will have unprecedented opportunities to get an education, eat nutritious food, and benefit from mobile banking. These breakthroughs will be driven by innovation in technology — ranging from new vaccines and hardier crops to much cheaper smartphones and tablets — and by innovations that help deliver those things to more people. The rich world will keep getting exciting new advances too, but the improvements in the lives of the poor will be far more fundamental — the basics of a healthy, productive life. It’s great that more people in rich countries will be able to watch movies on super hi-resolution screens. It’s even better that more parents in poor countries will know their children aren’t going to die.”

Clearly, technology and science are going to play a significant role in achieving the Gates’ goals. Researchers from the World Bank (Andrea Coppola and Oscar Calvo-Gonzalez) and SecondMuse associates (Elizabeth Sabet, Natalia Arjomand, Ryan Siegel, Carrie Freeman, and Neisan Massarrat), also believe that technology will play an important role in the future of development; specifically, utiliization of big data analytics. [“Big Data in Action for Development,” The World Bank, 2014] They conclude:

“Big data can be used to enhance awareness (e.g., capturing population sentiments), understanding (e.g., explaining changes in food prices), and/or forecasting (e.g., predicting human migration patterns). Mediums that provide effective sources of big data include, inter alia, satellite, mobile phone, social media, internet text, internet search queries, and financial transactions. Added benefits accrue when data from various sources are carefully combined to create ‘mashups’ which may reveal new insights. It is key to begin with questions, not with data. Once the setting for the analysis is defined, the focus of the research can move to the behaviors of interest and the consequent data generation process. The interpretation of this information will be used to produce actionable insights with the possible objective of influencing the behaviors of interest considered. … Making good use of big data will require collaboration of various actors including data scientists and practitioners, leveraging their strengths to understand the technical possibilities as well as the context within which insights can be practically implemented.”

Both the World Bank and the Bill & Melinda Gates Foundation want to use science and technology to tackle the causes of poverty not just it symptoms. In the following video, Bill Gates explains how science in the field of healthcare can make a big difference.

You don’t have to be a multi-billionaire to make a difference. A senior at the Massachusetts Institute of Technology named Sofia Essayan-Perez is helping teach science, technology, engineering, and mathematics (STEM) in developing countries. [“,” MIT News, 25 September 2014]

“She began by leading human biology workshops for girls in Nicaraguan villages; since arriving at MIT, she has worked with rural Nicaraguan high schools to strengthen math and science teaching, supported by fellowships from MIT’s Public Service Center. She has gone on to found Instrui, a nonprofit that offers open-source lesson plans and student-made educational videos in science and math to high schools in impoverished and developing countries. The lesson plans currently reach 3,500 students. With Instrui, Essayan-Perez aims to make abstract subjects applicable to the daily lives of students. She believes that the key to opening the door to science, technology, engineering, and math (STEM) education in rural areas is considering the specific needs of students in such places. In Nicaragua, she hopes to create engaged learners who will eventually pursue medical and engineering careers in a country where only 5 percent of students currently pass university entrance exams in mathematics. During one of her trips to Nicaragua, local health workers told Essayan-Perez that many students had gotten sick from contaminated water, sparking her idea of using community health risks as a basis for teaching math and science.”

I love the fact that Essayan-Perez is using a problem-solving, hands-on approach to teach STEM subjects to students. I believe that it’s such a good approach that I, along with a few colleagues, founded The Project for STEM Competitiveness to help get a project-based, problem-solving approach into schools near where we live. The World Bank, the Gates’, and Essayan-Perez base their approaches on what Frans Johansson calls “The Medici Effect.” Johansson writes about the value of creating a space in which people from diverse fields of expertise can get together to exchange ideas (i.e., make connections). The Medici’s, of course, were a wealthy and powerful Italian family who played an important role in the Renaissance. The family’s wealth permitted it to support artists, philosophers, theologians, and scientists, whose combined intellect helped burst the historical pall known as the Dark Ages. Essayan-Perez notes, “Health and education are often viewed as two totally disconnected things, but I don’t see it that way.” One of the reasons that the World Bank is so keen on using big data for development is that big data can be combined in interesting ways to create a virtual Medici Effect in order to discover insights. The Gates’ believe that you must take a holistic approach to improving lives which is why they don’t concentrate on a single area but combine education, health, technology, and agriculture to develop programs that work. In their letter, the Gates’ conclude:

“It will take innovation in technology and in ways to deliver it to the people who need it most, which is what our foundation works on. There’s another crucial factor: informed, passionate individuals working together to form effective movements for change. People who care about helping those in the world’s poorest places improve their lives. We call them global citizens. Becoming a global citizen doesn’t mean you have to dedicate your life to helping the poor. It does mean you follow an issue of global importance — whether it’s one we wrote about in this letter, or another, like human rights or governance. You take a few minutes once in a while to learn about the lives of people who are worse off than you are. … You’re willing to act on your compassion, whether it’s raising awareness, volunteering your time, or giving a little money. … We want to give global citizens a way to lend their voice, urging governments, companies, and nonprofits to make these issues a priority. It is called Global Citizen, and you can sign up at globalcitizen.org. You will be able to get updates on how you can help, share what you’re learning, and connect with other people and organizations who care about similar issues.”

Most of the people living at the bottom of the economic pyramid are not looking for a handout but a leg up. They are looking for a way out of poverty so that they can provide a better life for themselves and their families. Helping them do that is good for them and good for the world economy. Science and technology are going to play significant roles in opening doors of opportunity for those at the bottom of the pyramid.