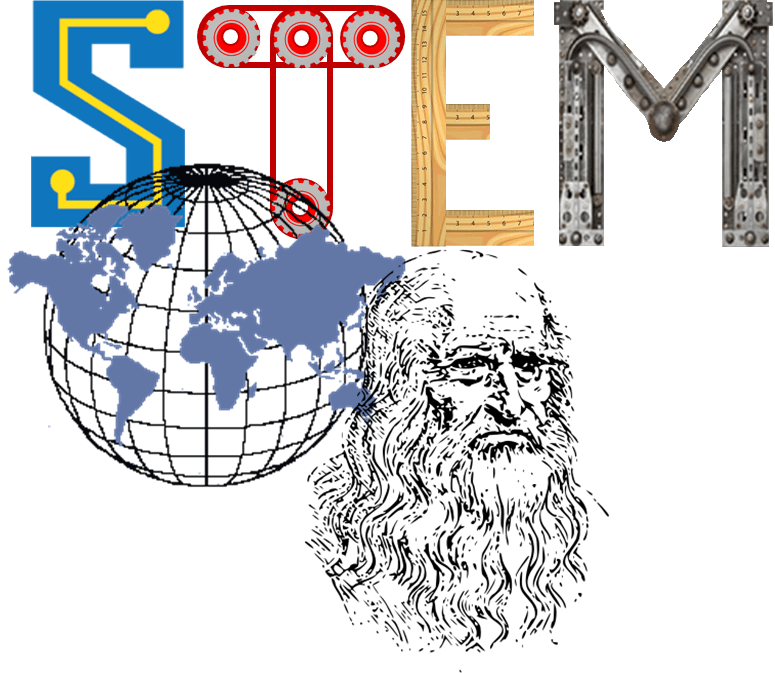 STEM Programs Work Best When Tied to the Real World

I’m guessing that students have been saying “I’ll never need to know that” ever since the first formal school was established. Frankly, it’s true. We want our children to learn things they don’t necessarily “need” to know but “should” know because we want them to be well-rounded citizens. Helen F. Ladd, the Susan B. King Professor of Public Policy Studies and professor of economics at Duke University’s Sanford School of Public Policy, notes, “We want our children to develop the knowledge and skills that will enable them not just to succeed in the labor market but to be good citizens and to live rich and fulfilling lives, and to contribute to the flourishing of others.”[1] I agree with that statement. Too often, however, students drop out of some of the classes they need most because they are considered too hard or too boring. STEM (science, technology, engineering and math) subjects are generally at or near the top of the drop-out list.

Although not all subjects can be tied directly to life experiences, I believe that students will more readily embrace subjects when they can. That’s one of the reasons I, along with a few colleagues, founded The Project for STEM Competitiveness — to help keep children both enthralled and engaged in subjects that have traditionally been hotspots of discouragement. It’s also the reason that Chris Deyo became a math teacher. Christopher Peak (@CLPeak) briefly relates Deyo’s path to the classroom.[2] He writes:

“In calculus class, you’d never use the phrase ‘star student’ to describe Chris Deyo. He was slow to complete assignments about strange-sounding concepts like solids of revolution and related rates, staying behind to get extra help as his classmates jeered that the subject just ‘sucks.’ To them, all they needed to know was enough to pass the test. After several after-school sessions, Deyo learned upper-level math well enough to tutor his peers. But instead of teaching straight out of the thick textbook like many teachers do, he showed how the lessons related other subjects. ‘The same kids who were saying they hate math could do it and were good at it when taught in a method that they identified with,’ he noticed, causing him to wonder, ‘Is it really math or the way we’re teaching?’ Feeling accomplished, Deyo headed to the University of Texas at Austin with the thought, ‘I love [teaching and math] so much, I should try to make a living out of it.’ There, he signed up for UTeach, a national program training math and science majors to become high school instructors. After graduating from UTeach last spring, Deyo began teaching math at a charter school in Austin. Frequently seen wearing a bowtie, the 23-year-old Deyo doesn’t look much older than the seniors in his calculus class. But he hopes to get them interested by teaching in ways that suit them, rather than just lecturing to teens that have tuned him out already. ‘From a young age, I realized those are the teachers that are making a difference,’ he says.”

What Deyo discovered was that students learn better when they can readily apply what they are learning to problems that surround them. The future belongs to problem solvers. Unfortunately, as Peak notes, “Bored and intimidated by math and science, American teenagers are disengaged from the classes that prepare them for today’s tech-driven labor force.” I agree with TJ McCue (@TJMcCue) who writes, “STEM education is an important aspect of how we remain competitive as a nation.”[3] Jack Karsten, Center Coordinator at Brookings’ Governance Studies Center for Technology Innovation, also agrees that fostering STEM education is essential to keep America competitive. “Education in science, technology, engineering, and math (STEM) is a priority for policymakers that want the United States to remain competitive in these fields,” he writes. “While this discussion has gone on for some time, the rapid pace of technological advancement makes STEM education an increasingly urgent topic. Preparing a workforce that can adapt to rapid technology change remains a critical policy challenge.”[4]

Karsten reports that Brookings hosted a panel discussion featuring Charles Bolden, the administrator of NASA, and Dean Kamen, founder of For Inspiration and Recognition of Science and Technology (FIRST). He indicates that Bolden and Kamen “highlighted the need also make STEM education immediately applicable to students. Science and math are often taught by themselves without demonstrating their applications in technology and engineering. While small numbers of astronauts travel to space, many of the technologies they need to survive can also solve problems on Earth.” In that same vein, McCue discusses how the Maker Movement is helping spark young people’s interest in STEM/STEAM (the “A” standing for art). To learn more about the Maker Movement, read my articles entitled “Heard of the Maker Movement? You Will.” and “‘Making’ STEM Education Fun.” Carri Schneider (@CarriSchneider), Director of Knowledge Design at Getting Smart, told McCue, “STEM/STEAM Learning that is personalized, project-based, competency-based, gives students more autonomy; that is what really gets me excited about the future of learning for kids. It’s one thing to have thousands/millions more kids who get access to STEAM. It’s another thing entirely for every kid to have deep, meaningful STEAM learning with all the tools that now exist to make that possible at scale.”

An article in the Independent explains how the Rhode Island School of Design (RISD) has embraced the STEAM movement and “planned out an entire curriculum on bringing all five STEAM subjects together, creating the StemtoSteam.org site in the process.”[5] Tracie Costantino, Dean of RISD’s faculty and one of the curriculum’s creators, told the Independent “how the school’s new lesson plans focus on the importance of object-based learning in encouraging the research, close observation and critical analysis that both artists and scientists share in common.” The article points out Leonardo DaVinci might have been the first champion of the STEAM movement and, as a result, helped usher in the Italian Renaissance. DaVinci was well-known for applying his artistic touch and science to the challenges of his day. It also allowed him to innovate in ways that others could not. With all of the challenges we have facing us today, we could use a few more DaVinci’s in this world.

Footnotes
[1] Helen F. Ladd, “Now is the time to experiment with inspections for school accountability,” The Brown Center Chalkboard, 26 May 2016.
[2] Christopher Peak, “Investing in Future Innovation: This Visionary Program Gets Students Hooked on STEM,” NationSwell, 26 May 2016.
[3] TJ McCue, “STEM And Making In Education Is Growing,” Forbes, 19 May 2016.
[4] Jack Karsten, “Make STEM education exciting and engaging,” TechTank, 10 May 2016.
[5] “STEM vs. STEAM: How the sciences and arts are coming together to drive innovation,” Independent, 25 May 2016.