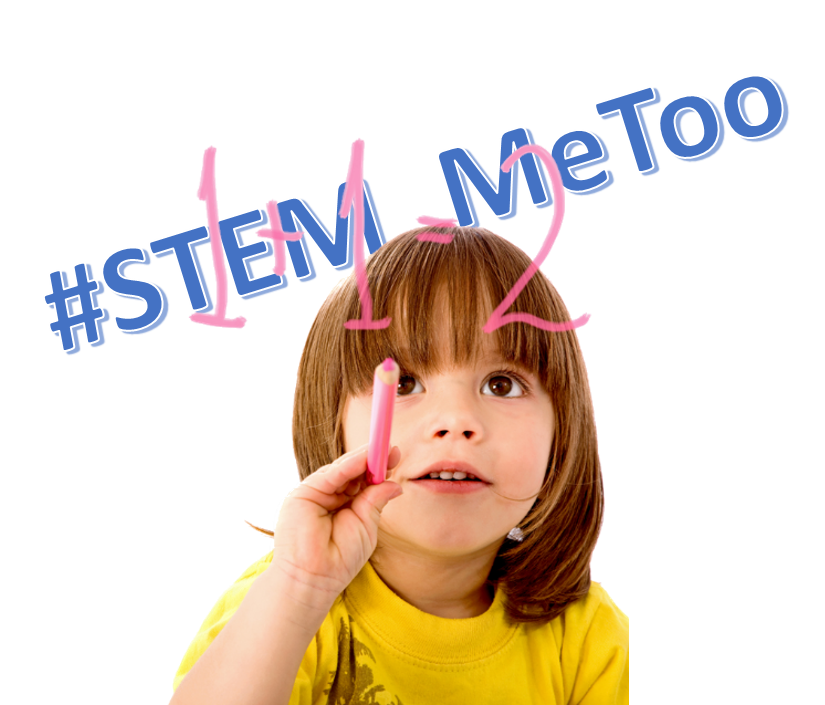 The #MeToo movement empowered women to stand up against well-known, powerful men who, at the very least, acted boorishly and, at worst, acted criminally. Most people are familiar with the gender imbalance found in science, technology, engineering, and mathematics (STEM) fields. Boorish behavior, according to Christopher Mims (@mims), had a lot to do with creating this imbalance. “Sexism in the tech industry,” he writes, “is as old as the tech industry itself.”[1] He goes on to relate a story about a woman in the UK government who, in a 1959 memo, was described as having “a good brain and a special flair” for working with computers. The memo directed her to train two men to work with computers. Mims reports that despite her obvious expertise, “a year later the men became her managers. Since she was a different class of government worker, she had no chance of ever rising to their pay grade.” Opportunities for women in STEM fields has not kept pace with advances in those fields. “Today, in the U.S.,” Mims reports, “about a quarter of computing and mathematics jobs are held by women, and that proportion has been declining over the past 20 years.” I’m convinced no country can achieve its greatest potential if it systemically ignores the potential contributions of half its population. This is as true in STEM fields as in other areas of human activity. I would like to see a movement that sparks the interest of young girls in science, technology, engineering, and math — a movement empowering young girls to enter fields currently dominated by men. I would like it to be a positive #STEM_MeToo movement rather than a backlash for past wrongs.

The following infographic provides a good overview of where things stand today.

The most striking statement in that infographic is that it will take over two centuries to close the gender gap. I agree it will take time; but, surely we can do better than that. Like every complicated problem, there is no silver bullet solution to the gender imbalance challenge. Mims explains, “A growing army of women and members of other underrepresented minorities are working on solutions to these issues. The history of computing, in the U.K. in particular, backs up one of their central conclusions — that simply educating more women and other minorities to be engineers won’t solve the problem.” He’s correct, of course, but getting young girls excited about STEM subjects is an important part of the solution. Ben Paynter (@bpaynter) explains, “The first step is proving to young girls that they can make a difference in typically male-dominated fields. What’s next, and more complicated: Keeping their interest and confidence as they learn.”[2] If the past is prelude to the future, getting past this first step will continue to be a challenge. Monica Eaton-Cardone explains, “According to a recent study by KPMG, a shocking 73% of female university students don’t plan to pursue a career in Science, Technology, Engineering and Mathematics. Just 37% of young women are confident that they have the tech skills needed by today’s employers, compared with almost three fifths of young men. Significantly, researchers found that the female respondents to the survey have the same level of qualifications as their male counterparts.”[3]

Since I’m in a technology industry and live in an area surrounded by technology companies, I, along with a few colleagues, founded The Project for STEM Competitiveness. Our goal is to help introduce new ways of getting students interested in STEM subjects by supporting extra-curricular activities that involve students in solving real-world problems using skills they learned in the classroom. Getting more girls interested technical subjects was also a specific objective. Below are some other suggestions subject matter experts have proffered to get girls interested in STEM.

Dr. Amanda Sullivan (@AASully), Associate Director of the Early Childhood Technology Graduate Certificate Program at Tufts University, reports, “Research has shown that basic stereotypes begin to develop in children around 2 to 3 years of age. As children grow older, stereotypes about sports, occupations, and adult roles expand, and their gender associations become more sophisticated. Negative stereotypes toward math and science can develop in girls starting in elementary school. These stereotypes may contribute to the under-representation of women in many technical STEM fields. … Don’t wait to reach girls until they are already in their teenage and college years. Begin exposing girls to STEM in early childhood and early elementary school settings to make the greatest impact.”[4] Eaton-Cardone believes young girls should be compelled to study technical subjects. “The key to addressing the lack of gender diversity,” she insists, “is to push young women onto technology career paths by making STEM education compulsory and doing away with independent subject choice. This may sound extreme, but my own experience tells me this is the right course of action. … STEM subjects are still often perceived as uncool or not feminine, so many young women are put off choosing them at school. And if they don’t opt for these courses on their own, how are they going to get a chance to see for themselves how creative they can be?”

Numerous experts have suggested coding is as important a subject as English in today’s world. Paynter reports, “The Girl Scouts hopes to prepare at least 2.5 million girls for potential STEM-related jobs by 2025. That mission includes a new awareness campaign, followed by the expansion of an elementary-school effort called ‘Think Like a Programmer’ to keep girls interested in science and tech as they move on to middle school and high school.” Kristen Fudale, an educator with nearly two decades of experience, recommends schools adopt the international movement, the “Hour of Code.”[5]

Meghan Bogardus Cortez (@megbcortez) asserts, “Largely, experts agree that a big reason girls don’t think they can enter STEM careers is because they aren’t finding the appropriate role models.”[6] One way to expose young girls to positive role models is through mentoring programs. Robert Ballantyne reports an Australian mentoring program called Curious Minds has proven to be a success. He explains, “Through the mentoring program the girls gain exposure to real life STEM role models and they can see there is a place for women to have a successful STEM career. The girls also gain confidence in their ability. At the beginning of Curious Minds, many doubted if they were good enough. By being selected to attend this program their confidence grew, so did their success in STEM subject at school.”[7]

As noted earlier, I’m a big supporter of project-based, problem-solving approaches to education. Meghan Bogardus Cortez (@megbcortez) reports, “One of the biggest successes in recruiting girls to STEM occurred with the increase of girls taking an AP Computer Science exam. This was due largely to a new reimagined computer science class called AP Computer Science Principles, which views computing through a creative and collaborative lens. In just the first year of the course, 29,708 girls took the exam, representing a 100 percent increase. By making computer science less intimidating, more young women are engaged by the topic. Another way to do this is to teach young learners computational thinking — using logical, computer-like thinking to solve problems. … AP Computer Science Principles is successful because it humanizes computer science by adding elements of collaboration and creativity. STEM in general benefits when schools add real-world problem-solving into the mix, but girls benefit even more from this kind of learning. New research found that when project-based learning was used in science class, girls outperformed boys and brought that real-world engagement into their other classes.”[7]

The future of the planet depends on harnessing the combined talents and intellect of humankind’s best minds. Historically, females have been overlooked and underappreciated. Who knows how much further advanced humankind would be had women been given equal educational footing and career opportunities. We can and must do better in the years ahead. If we are going to accelerate opportunities for women in STEM fields we need to start a movement that excites young girls’ interest in technical subjects. Sullivan suggests, “Engaging young children (both boys and girls) with playful tools that teach coding, design, and engineering is an easy first step.”