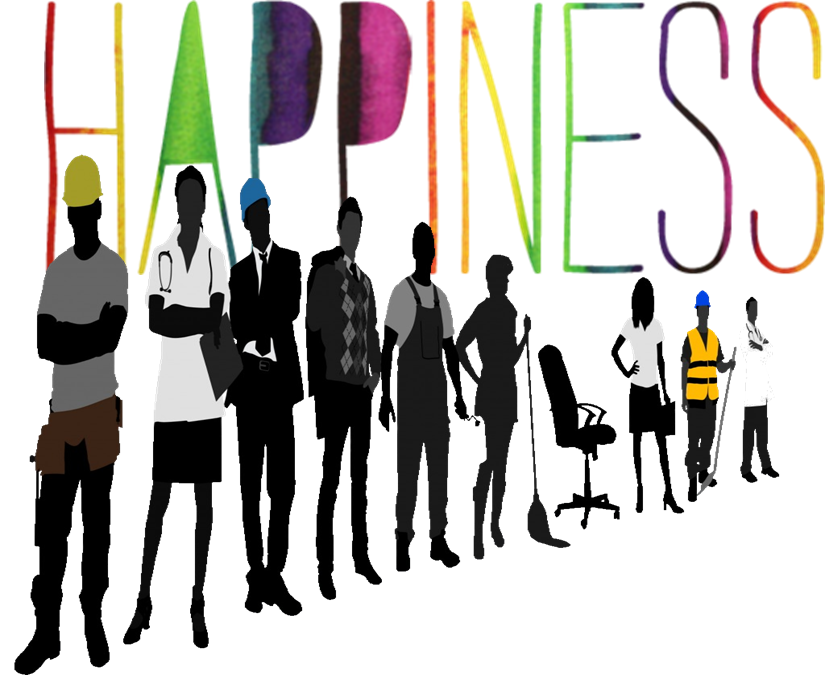 Centuries ago Confucius wrote, “Choose a job you love, and you will never have to work a day in your life.” That adage is as true today as it was back in the sixth century. Confucius, of course, is implying that happiness is achieved by doing something you love — he is not advocating avoiding work. Many people, however, see work as work and they look for happiness elsewhere. What they don’t realize is that meaningful work (whether you love it or not) contributes to one’s overall sense of happiness and well-being. Pope Paul VI stated, “All life demands struggle. Those who have everything given to them become lazy, selfish, and insensitive to the real values of life. The very striving and hard work that we so constantly try to avoid is the major building block in the person we are today.” Andrew McAfee (@amcafee) believes that mounting evidence confirms that a lack of work contributes to sorrow and early death.[1] He reports:

“A recently published paper by 2015 Nobel Prize winner Angus Deaton and Anne Case reveals a much more alarming trend than social decay: while death rates for almost all American adults have dropped sharply in the past few decades, those of the least educated middle-aged whites have actually increased. They found that between 1999 and 2013 the death rates of this group rose by 134 per 100,000. This is a huge jump. As Mr Deaton writes: ‘Only HIV/Aids in contemporary times has done anything like this.’ What is causing this tragic spike? Professors Deaton and Case found that the majority of the rise could be attributed to three factors: suicide, chronic liver disease and cirrhosis, and alcohol and drug poisoning. The people in this socio-economic group, in other words, are killing themselves deliberately and inadvertently, quickly and slowly. … I do not think the employment woes of this group are incidental to the story; I think they are central to it,”

McAfee correctly points out that more research needs to done before sweeping conclusions can be made; but, his gut feeling is in tune with what other thinkers have believed through the years. Theodore Roosevelt once stated, “Far and away the best prize that life has to offer is the chance to work hard at work worth doing.” If work is, in fact, important to our overall happiness and well-being, it follows that we should do we can to prepare ourselves (and/or our children) to be employable. Mark T. Brainard, J.D., President of Delaware Technical Community College, believes that a good background in STEM subjects is an important step towards that goal. To that end, his school, in collaboration with other institutions “is enrolling students as young as middle school in programming designed to inspire and prepare them for STEM careers.”[2] At a time when many employees are worried that technology will take over their jobs, Joshua Erwin (@writerwin) reports, “Applicants outnumber non-STEM positions 3.6 to 1, the opposite is true for STEM positions: they outnumber applicants nearly 2 to 1!”[3] CareerCast.com adds, “The best jobs in engineering and IT truly are the ‘best of the best.’ That’s because each job is not only the best in these technical fields, but the top-rated of all types of jobs nationally in 2014. In fact, careers in STEM — science, technology, engineering and mathematics — are shaping the landscape of 21st century America, and have become the backbone of our economy.”[4]

W. G. Champion Mitchell, former CEO of Network Solutions, LLC, knows that companies need and want employees with a number of skills — both technical- and liberal arts-related.[5] Referring to results from a survey of employers, Champion writes:

“63 percent of business leaders surveyed wanted college graduates to have more communications, writing and critical thinking skills, while 55 percent wanted more STEM (science, technology, engineering, and mathematics) degrees. Clearly, most employers wanted both! The survey shows that employers value candidates who can, first, think critically and creatively to identify and solve problems and who then can communicate this information. They prefer these candidates over ones who have nothing but technical expertise without critical thinking or communication ability. However, they greatly prefer people who have critical thinking, technical and communication skills, and job-related training.”

Students can begin fostering these skills long before they start thinking about advanced education. Delaware Technical Community College is reaching into the ranks of middle school students but STEM-related education should begin as early as pre-school. The reason for this emphasis is not only because we need more STEM-savvy workers but because, regardless of the field students pursue, they are going to need a good technical background in order to succeed. Erwin explains:

STEM subjects also help students learn to think critically and to solve problems logically. Those skills are also applicable to most of life’s situations. Because there has been so much emphasis placed on getting students to pursue advanced STEM degrees, people often overlook the importance of having more basic STEM skills. Jonathan T. Rothwell (@jtrothwell) observes, “Workers in STEM (science, technology, engineering, and math) fields play a direct role in driving economic growth. Yet, because of how the STEM economy has been defined, policymakers have mainly focused on supporting workers with at least a bachelor’s (BA) degree, overlooking a strong potential workforce of those with less education but substantial STEM skills.”[6] Although it may be true that compensation generally increases as a result of higher education, happiness appears to be more associated with work than with compensation. Rothwell points out, however, “Half of all STEM jobs are available to workers without a four-year college degree, and these jobs pay $53,000 on average — a wage 10 percent higher than jobs with similar educational requirements. … STEM knowledge offers attractive wage and job opportunities to many workers with a post-secondary certificate or associate’s degree.”

Arnold J. Toynbee once stated, “The supreme accomplishment is to blur the line between work and play.” That may not always be possible; but, there does seem to be a direct line between work and happiness and a good foundation of STEM skills will help secure the work part of that equation.