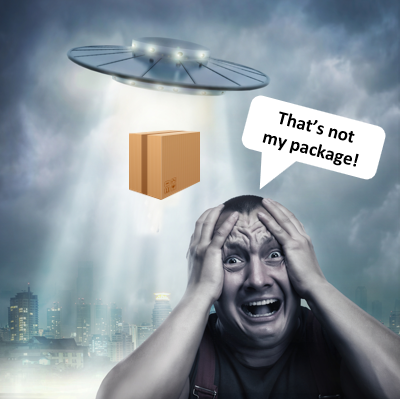 Works of science fiction have long envisioned a number of artificial intelligence (AI) driven technologies. At this year’s CES in Las Vegas, Michael Bolle, Bosch’s chief technical and chief digital officer, stated, “Artificial intelligence is not science fiction anymore — it’s already an integral part of our daily lives. It’s fundamentally changing how we drive, how we work, how we learn, how we shop, how we travel.”[1] Josh Fisher (@TrucksAtWork), Technology Editor at FleetOwner, points out that the logistics industry is a perfect proving ground for cutting edge technologies once confined to the realms of science fiction. He explains, “While the use of fully automated passenger cars still depends on regulations, commercial vehicles can already operate in highly automated modes within closed areas or defined lanes.”[2] It takes little imagination to see a role for autonomous vehicles in confined operations, like mines, ports, airfields, warehouses, and so forth.

Discussions about autonomous vehicles inevitably include conversations about jobs. Fisher writes, “The future of automation has led to questions about the future jobs of truck drivers. Bosch contends that artificial intelligence will create more jobs than it will kill. … AI-powered machines will still need humans.” He notes, “AI is expected to substantially boost GDP in major world economies; PWC anticipates a 15% boost in North America. More than a year ago, the World Economic Forum predicted global job losses from AI would be offset by the new jobs created, leading to a net gain of 58 million new jobs by 2022.”

How autonomous vehicles could affect the supply chain

What might the future look like if autonomous vehicles become ubiquitous? Adam Robinson (@AdamRobinsonCDM), Director of Marketing at Cerasis, writes, “The flying car of the future might still be out of reach, but autonomous trucking is moving quickly into view for many businesses. Trucks manned by technology, with no human drivers, are currently being tested around the globe.”[3] The business case argument for autonomous vehicles currently makes two primary points. First, there is a shortage of truck drivers and, second, operating human-operated trucks is expensive. Marc Held (@m_held), Head of IoT Solutions at Turvo, reports logistics providers spend an average of $180,000 a year to operate a typical commercial truck.[3] He observes, “It’s one of the biggest expenses in the supply chain.” He continues, “As autonomous trucks start to be used by companies around the world, there are some major changes coming to the industry. Driverless trucks will speed up transportation in ways that we still can only speculate on.” Both Held and Robinson envision tremendous benefits when driverless trucks move from science fiction to science fact. Those benefits include:

Insane efficiency. Held writes, “When you’re dealing with autonomous trucks, especially when they go electric, you’re talking about no emissions and no cost to staff. The supply chain will become streamlined when nearly 300 pounds of items can be delivered by an electric van. You could deliver your items to hundreds of people at a time without any human intervention. Whether you’re dealing with a highway full of self-driving vehicles or final mile deliveries, this technology has huge ramifications.” Robinson adds, “Reducing human-caused driving errors can lead to fewer accidents, and autonomous trucking can eliminate the need for hauling to stop when drivers have to rest for the night. Businesses will see an improvement in fuel usage as well. Autonomous trucks will know how to alter their routes to avoid costly delays and can be programmed to stick to ideal driving speeds.”

Improving the long haul. Held writes, “While most of the self-driving vehicles are still ‘driver assisted’, they’re the first step on the path of truly autonomous trucks. As the drivers assisting them are able to do less and less to correct the driving, we will get closer to automatic driving. While interstates are much more predictable than city driving, once trucks are able to drive on their own on highways, that will be the next frontier. Supply chains are mostly impacted by long-distance driving as opposed to final mile trips, so this is the bigger hurdle when it comes to supply.” Robinson believes the long haul could be improved by platooning. He explains, “Automated trucking can allow businesses to create platoons of trucks. Controlled by the lead truck and driving in procession, these fleets would arrive at a single location at the same time. … Large shipments would no longer be a problem if groups of trucks can head out at the same time and arrive together at their destination. This would also get consumers or businesses the products they need faster. Cutting down delivery times makes everyone happy.”

Advances the vision towards the autonomous supply chain. Some observers predict a hands-free, autonomous supply is the ultimate goal. I’m not so sure. Nevertheless, Robinson writes, “In the future, autonomous trucking won’t be the only part of the supply chain in which humans aren’t the main operators. Why not automate loading and unloading as well? This would lead to a further reduction in human-associated costs and labor. Some companies already have autonomous forklifts and other automated warehouse machinery, but further automation is currently being explored. Automated equipment might ultimately lead to a truly 24/7 supply chain. In such a supply chain, trucks can unload while others load and still others head out in platoon, all from the same distribution center at the same time, no matter what time it might be. Day and night shift workers can supervise these automated devices and be ready to fix small problems or reprogram things if any errors occur.”

What makes many science-fiction plots workable is an underlying ability to communicate almost instantaneously over extended distances. With the advent of 5G and the growth of the Internet of Things (IoT), many analysts believe we are poised on the verge of a connectivity revolution. James Curtis, an Account Executive at One Network Enterprises, quotes Jeremy Rifkin, an American economic and social theorist, who once stated, “What I’m suggesting to you is that this could be a renaissance. We may be on the cusp of a future which could provide a tremendous leap forward for humanity.”[4] According to Curtis, Rifkin is talking about “three forms of the internet” that he believes, “once fully deployed and integrated, will deliver a renaissance never seen in our history.” Curtis goes on to observe, “The ease of creating [value in this] revolutionary peer-to-peer economy has disrupted entire industries as centralized systems are comparatively inefficient.” He predicts, “The same value creation and disruption will happen across the Energy and Logistics industries.”

If you are looking for disruption in the transportation sector, Curtis insists you need look no further than companies like Uber and GrubHub. He believes the logistics sector is ripe for disruption. He explains, “Today, our logistics and transportation systems, for the most part, are very inefficient. The huge disconnects and delays in communication result in many empty trucks on the road. Trucks on the road are ‘dead heading’ back from deliveries, or they only have a small portion of that truck filled. A major reason for this is that our logistics system is not coordinated into a network.” He asks, “What would happen if all the 535,000 US warehouses and distribution centers were connected in a single network?” His answer:

“Businesses would be able to have access to any warehouse and truck capacity when there is surplus available. You could move your goods or trucks only when and where you needed them, based on where the demand is in real-time, instead of going to a few centralized warehouses a few thousand miles away. … This network approach would allow each company to reap the cost savings that flow from being a part of a larger network. By joining a network, managed by sophisticated intelligent agents and analytics, companies would be able to optimize the routes and storage of items, and could distribute stock across the network to position it near the final market. Physical lead times for the final leg approach zero, as goods can now be delivered to your doorstep in an hour rather than days. … Adopting a network is also good for sustainability, leading to improved fuel savings, energy efficiencies and reduced carbon dioxide emissions.”

As of now, Curtis’ vision remains in the realm of science fiction — but it’s an entirely reachable vision.

Regardless of whether an autonomous supply chain remains the subject of science fiction or becomes reality, technologies are now in place to move supply chains in that direction. Cognitive technologies will play a significant role in every autonomous system from trucking to warehousing. As the world’s population increases, more efficiency is required to ensure the food and other products they need are available.