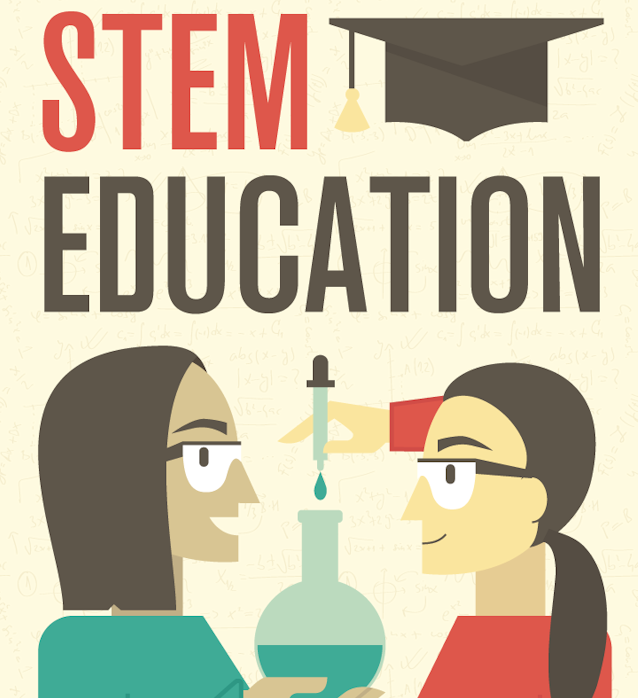 Putting STEM into Arts Rather than Arts into STEM

There continues to be a push in the United States to change the acronym STEM (which stands for science, technology, engineering, and math) to STEAM (with the “A” standing for arts). I first addressed this topic in an article entitled “The Over-the-Top Debate about STEM Education.” In that article, I noted Fareed Zakaria (@FareedZakaria), a columnist for The Washington Post and host of “Fareed Zakaria GPS” on CNN, had created quite a stir in the field of education with the publication of his book In Defense of a Liberal Education and a Washington Post op-ed piece entitled “Why America’s obsession with STEM education is dangerous.” As I stated in that article, I believe that Zakaria’s assertion that emphasizing STEM education is dangerous is a deliberately over-the-top attempt to garner publicity and sales for his book. To be fair, Zakaria’s does have a genuine concern — if liberal arts are squeezed out of the education process, the world will be a much less interesting one in which to live. I agree that if that we lose the valuable contributions to humankind and culture that come from the arts we would all be losers. Nevertheless, I believe that Zakaria’s fears about overemphasizing STEM are unfounded and that we need to continue the push to improve STEM subjects in school — the earlier the better.

Gary S. May, Dean of the Georgia Tech College of Engineering, agrees. He writes, “The last few years have brought a call from some quarters to update the STEM acronym — for science, technology, engineering and mathematics — to STEAM, with the A standing for arts. On the surface, such a move seems harmless. What’s another letter, right? But in my view, STEM should stay just as it is, because education policy has yet to fully embrace the concept it represents — and that concept is more important than ever.”[1] Individuals who argue for the STEAM acronym insist that too much emphasis is being placed on connecting education with future employment and salaries and not enough emphasis is being given to the pure love of learning and fostering creativity. They believe that STEM proponents have forgotten what a basic education is all about. That argument really bothers Chad Orzel (@orzelc), an Associate Professor in the Department of Physics and Astronomy at Union College in Schenectady, NY. He writes, “The biggest problem I have with this whole line of argument is the way it sets science off as something alien, the classic example of which is the branding of arts and literature as ‘the humanities,’ as if other fields are inherently inhuman.”[2] He continues:

“STEM disciplines are implicitly set off as something that isn’t an intrinsic part of ‘the human condition,’ which Zakaria urges everyone to study. But, in fact, there are very few activities more essentially and intrinsically human than science. … The practice and products of science are an essential part of humanity, from our earliest days as a distinct species right down to the present day, when the process of science plays an essential role in all manner of everyday activities, including the favorite pastimes of many people who will cheerfully disclaim any ability to comprehend science. “

I agree with Orzel. I believe STEM subjects can help people in every walk of life, even if the only exposure people have is to scientific methodology — i.e., an intellectual approach to problem solving. Orzel describes it this way:

The process of science, stripped to its essentials, consists of four steps:

It doesn’t really matter what profession you pursue; being able to think critically about the world around you and how you can rationally confront the challenges you face makes life better and more manageable. Dr. Vince Bertram, President and Chief Executive Officer of Project Lead The Way (PLTW), believes that arguing about whether STEM should be changed to STEAM misses the whole point.[3] “STEM education is one of the most talked about subjects in our country today,” he writes, “and for good reason.” He continues:

“But what exactly is STEM education? It’s much more than science, technology, engineering and math, which are usually taught as discrete subjects with math down one hallway in the school and science down another. Rather, STEM is the applied, integrated approach to those subjects. It is about using math and science to solve real-world challenges and problems. This applied, project-based way of teaching and learning allows students to understand and appreciate the relevancy of their work to the world around them. Arguably, STEM is at the core of everything.”

I am a big proponent of applied, project-based learning. That’s why I, along with a few colleagues, founded The Project for STEM Competitiveness — to help get a project-based, problem-solving approach into schools near where we live. We firmly believe that by showing students how STEM subjects can help them solve real-world problems they will begin to appreciate the opportunities that STEM skills open for them. It’s also why I agree that STEM should not become STEAM. Does that mean I’m against the arts? Absolutely not. But I think that education would be better served if individuals teaching the arts would find ways to bolster STEM subjects in their classes (perhaps a term like ARTstem would be an appropriate companion for STEM). Orzel argues, students have no problem avoiding or dropping out of STEM subjects to pursue the arts. “Most students who go on to work in business and public policy,” he writes, “do everything they can to avoid science classes.” He concludes:

“I’m all in favor of broad liberal education — I wouldn’t have sought out a faculty job at a liberal arts college otherwise — but it’s critical to remember that liberal education includes science. Calling for more students to study STEM subjects, and for scientists and educators to do a better job of teaching STEM subjects, is no threat to that idea. If anything, better and broader STEM education will deepen our understanding of ‘the human condition’.”

Bertram agrees. He writes, “It’s not about adding to the acronym, but instead adding to the relevancy of learning.” The following infographic, prepared by the Quarry Lane School, provides some pertinent facts about the importance of STEM education.

Like other STEM advocates, I want America and American workers to be competitive in the decades ahead. I want our children to have a good chance of enjoying the fruits of their labors. Although life is certainly about more than making money, having a job that is fulfilling and pays well is important. Unfortunately, people are starting to wonder if getting a college degree is worth the money and time to do so. Andrea Fuller (@anfuller) reports that the higher education debate is only going to get more heated. “For the first time,” she writes, “government data back up what some parents have long suspected: Students who choose elite liberal arts colleges don’t earn as much money early in their careers as those who attend highly selective research universities.”[4] I’m not sure that lifetime earnings is a good way to determine whether a college education is worth the money; but, I do know that living in debt doesn’t help the pursuit of happiness — however, the cost of higher education is not the topic at hand. Whether a student pursues a liberal arts education or a more technical one, having a good foundation in STEM subjects (taught in a way that makes them directly applicable to real-life challenges) will help them succeed in whatever career choice they make.