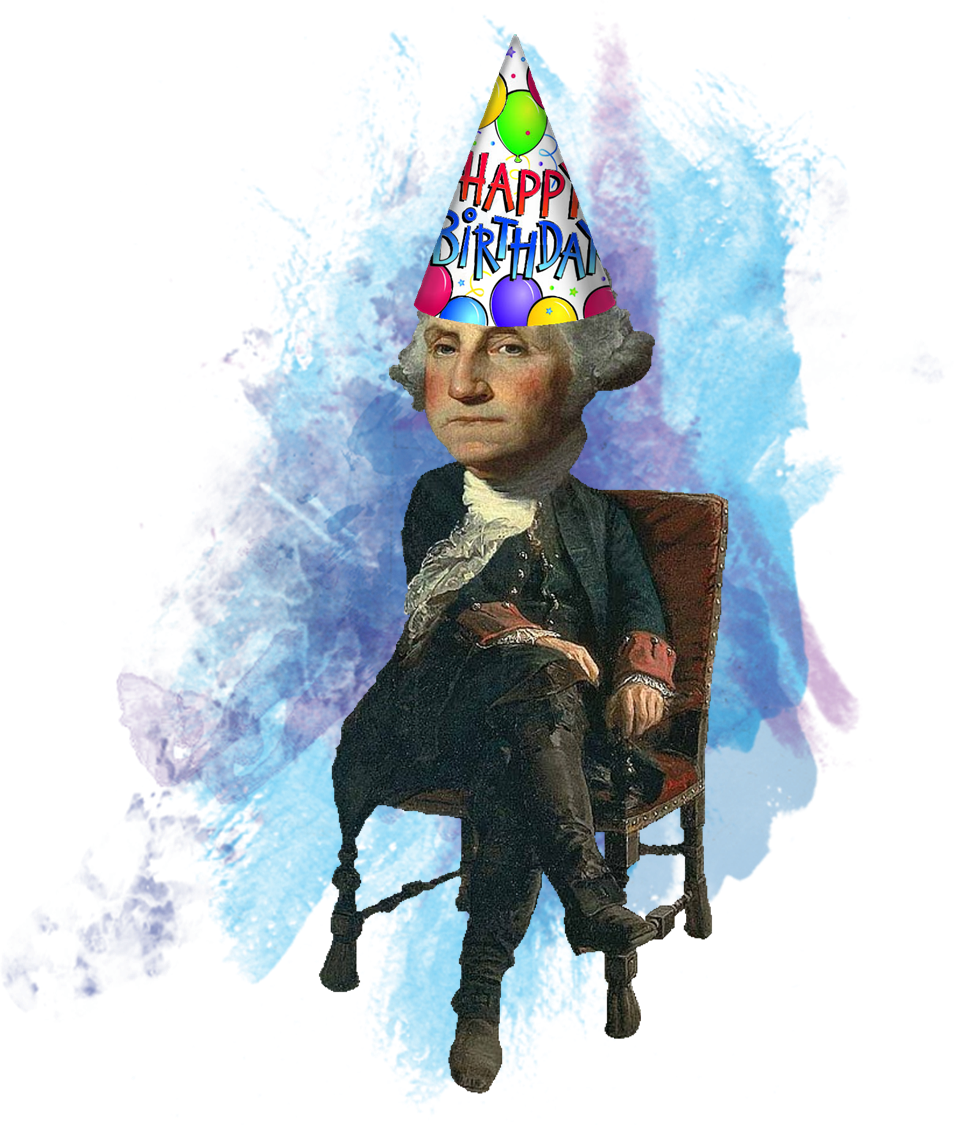 Today is a uniquely American federal holiday that was first established to honor President George Washington. When he was born in 1732 (near Bridges Creek, Virginia, on an estate later called Wakefield), England was still using the Julian calendar and would continue using it for another twenty years. As a result, records show Washington was born on 11 February. That is the date he would have celebrated until his twentieth birthday. At that point, according to Tim Newcomb (@tdnewcomb), things changed. “The Gregorian calendar,” Newcomb writes, “which took over for the Julian style … had his birthday as Feb. 22. That led to some confusion in the 1700s.”[1]

Washington’s Birthday was first recognized as a holiday in 1880 (but only in the District of Columbia). It was made an official federal holiday for the rest of the country in 1885. Although Washington’s Gregorian calendar birth date is 22 February, the holiday honoring him was moved to the third Monday in February as part of 1971’s Uniform Monday Holiday Act so that people could enjoy more three-day holidays. Even though it is no longer celebrated on his actual birth date, the holiday is still officially called “Washington’s Birthday” by the federal government. Since Washington himself was probably confused about when he should celebrate his birthday, it’s probably not a big deal that America doesn’t celebrate his birth on his actual birthday.

Following the end of the Civil War and Abraham Lincoln’s assassination, many people also wanted to honor him and several states started celebrating his birthday (12 February) as a holiday as well as Washington’s Birthday. “During the debate of the [Uniform Monday Holiday] bill,” Newcomb notes, “Congress widely discussed the idea to rename the holiday Presidents’ Day and honor Abraham Lincoln’s Feb. 12 birthday as well. … While the holiday was moved off Washington’s birthday, the name was never officially changed.” He goes on to note, however, that power of advertising was able to accomplish what Congress couldn’t — thanks to thousands of holiday sales, most people believe the holiday is called Presidents’ Day.

In this case, I think the retailers got it right. All of our presidents have been flawed men yet they managed to steer the ship of state through many troubled waters (even if some of them stirred up the waters themselves). Looking back on America’s presidents with 21st century eyes makes it easy for us to see their flaws but it doesn’t help us understand the circumstances that molded their character or shaped their beliefs. It’s well known, for example, that Washington and Jefferson were slave holders (and Jefferson probably fathered children with at least one of his slaves). Andrew Jackson not only owned slaves but during his presidency saw the enactment of the 1830 Indian Removal Act which removed Native Americans from their lands and initiated the Trail of Tears march during which dozens of men, women, and children died. Abraham Lincoln only managed to stay in office by ruthlessly using political patronage. Teddy Roosevelt was a domestic progressive but a bloody-minded foreign policy hawk. Woodrow Wilson was apparently a racist. Warren Harding a philanderer. Franklin Roosevelt agreed with the policy that sent Japanese Americans to internment camps at the beginning of the Second World War. Through all of the ups and downs and bumps in the road, America has managed to survive and progress. And you have to remember that “we the people” elected them. That’s why honoring the lot of them is appropriate — flaws and all.

The History Channel notes, “President’s Day never falls on the actual birthday of any American president. Four chief executives — George Washington, William Henry Harrison, Abraham Lincoln and Ronald Reagan — were born in February, but their birthdays all come either too early or late to coincide with Presidents’ Day, which is always celebrated on the third Monday of the month.”[2] It goes on to note, “Some lawmakers have objected to this view, arguing that grouping George Washington and Abraham Lincoln together with less successful presidents minimizes their legacies. Congressional measures to restore Washington and Lincoln’s individual birthdays were proposed during the early 2000s, but all failed to gain much attention.” Washington and Lincoln have remained the face of Presidents’ Day and I doubt that will change anytime in the near future.