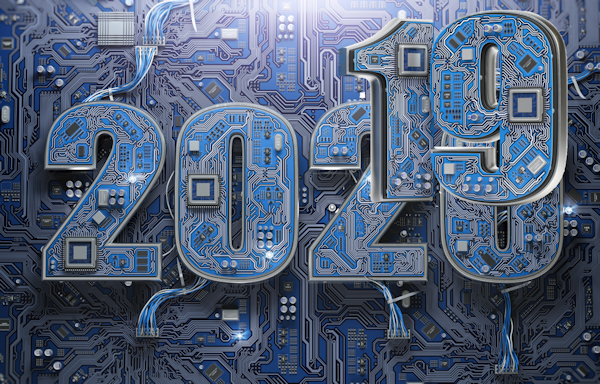 “Each new year offers an exciting opportunity for a fresh start and new beginnings,” writes Maryn Liles, “which is probably why we all look forward to New Year’s Eve so much.”[1] Despite Liles’ focus on the future, New Year’s Eve also marks an ending as well as a beginning. The day may be filled with anticipation for the New Year, but, like New Year’s Eves past, today closes another chapter in our lives. It’s a day to reflect on the journey we’ve traveled these past twelve months. Endings, however, need not be morose events. Author Jonathan Lockwood Huie (@jonhuie) writes, “Celebrate endings — for they precede new beginnings.” Victoria Doudera recounts a few old adages associated with the last day of the year.[2] They include:

In preparation for our new beginnings, people around the world have adopted a number of interesting traditions including making noise, eating lucky food, drinking, and giving gifts. Below are a few of the more interesting New Year’s Eve traditions you might want to consider embracing in your own celebration.

Kissing a loved one. This is probably the best of all traditions. Marisa LaScala (@mar_to_go) reports, “When the clock strikes midnight, you’re supposed to kiss someone you love. According to the Washington Post, this is borrowed from English and German folklore, which stated that it’s ‘the first person with whom a person came in contact that dictated the year’s destiny,’ so don’t choose your kissing partner willy-nilly.”[3]

Making noise. Almost everyone is familiar with this tradition. From lighting off fireworks to blowing on noisemakers to banging on pots and pans, people like to make noise as the old year turns into the new. Doudera reports, “In ancient Thailand, guns were fired to frighten off demons. In China, firecrackers routed the forces of darkness. In the early American colonies, the sound of pistol shots rang through the air. [And] today, Italians let their church bells peal, [while] the Swiss beat drums.”

Eating lucky food. Although there are a number of food traditions associated with New Year’s Eve, two of the most widely reported on are eating Hoppin’ John and grapes. Amanda Kludt (@kludt) reports, “A major New Year’s food tradition in the American South, Hoppin’ John is a dish of pork-flavored field peas or black-eyed peas (symbolizing coins) and rice, frequently served with collards or other cooked greens (as they’re the color of money) and cornbread (the color of gold). The dish is said to bring good luck in the new year.”[4] Jolie Lee (@JolieLeeDC) reports, “In Spain and some other Spanish-speaking countries, one New Year’s custom is to eat 12 grapes for 12 months of good luck. But here’s the catch: to bring about a year’s worth of good fortune, you must start eating the grapes when the clock strikes midnight, then eat one for each toll of the clock.”[5] Kludt reports other “lucky foods” include tamales in Mexico, oliebollen in the Netherlands, marzipanschwein in Germany, soba noodles in Japan, and pickled herring in Scandinavia.

Drinking. If you’re going to eat, you might as well drink. Doudera writes, “Although the pop of a champagne cork signals the arrival of the New Year around the world, some countries have their own beverage-based traditions. Wassail, a punch-like drink named after the Gaelic term for ‘good health,’ is served in some parts of England. Spiced ‘hot pint’ is the Scottish version of Wassail. … In Holland, toasts are made with hot, spiced wine.” LaScala notes, “In Russia, everyone writes down a wish for the next year, burns the paper they wrote it on, dumps the ashes in a glass of Champagne, then drinks it before midnight. Maybe, in this case, the regular toast will suffice?”

Singing. Lee reports, “The song [Auld Lang Syne] literally means ‘old long ago.’ The work by 18th-century Scottish poet Robert Burns has endured the ages and spread beyond Scotland and throughout the English-speaking world. The song is about ‘the love and kindness of days gone by, but … it also gives us a sense of belonging and fellowship to take into the future,’ according to Scotland.org.” I suspect with all the drinking that goes on New Year’s Eve, there’s some type of singing going on around the world.

Gift giving. According to Doudera, gift giving is more associated with New Year’s Day than with New Year’s Eve. She explains, “Gifts of gilded nuts or coins marked the start of the new year in Rome. Eggs, the symbol of fertility, were exchanged by the Persians. Early Egyptians traded earthenware flasks. [And] in Scotland, coal, shortbread and silverware were traditionally exchanged for good luck.”

There are other traditions aimed at bringing good fortune in the coming year — like wearing colorful underwear or polka dots and throwing water out a window. Thomas Jefferson once stated, “I like the dreams of the future better than the history of the past,” but history is important. Take a little time today to reflect on the past year before you head out to celebrate its end. And, however you plan on celebrating, please celebrate safely.