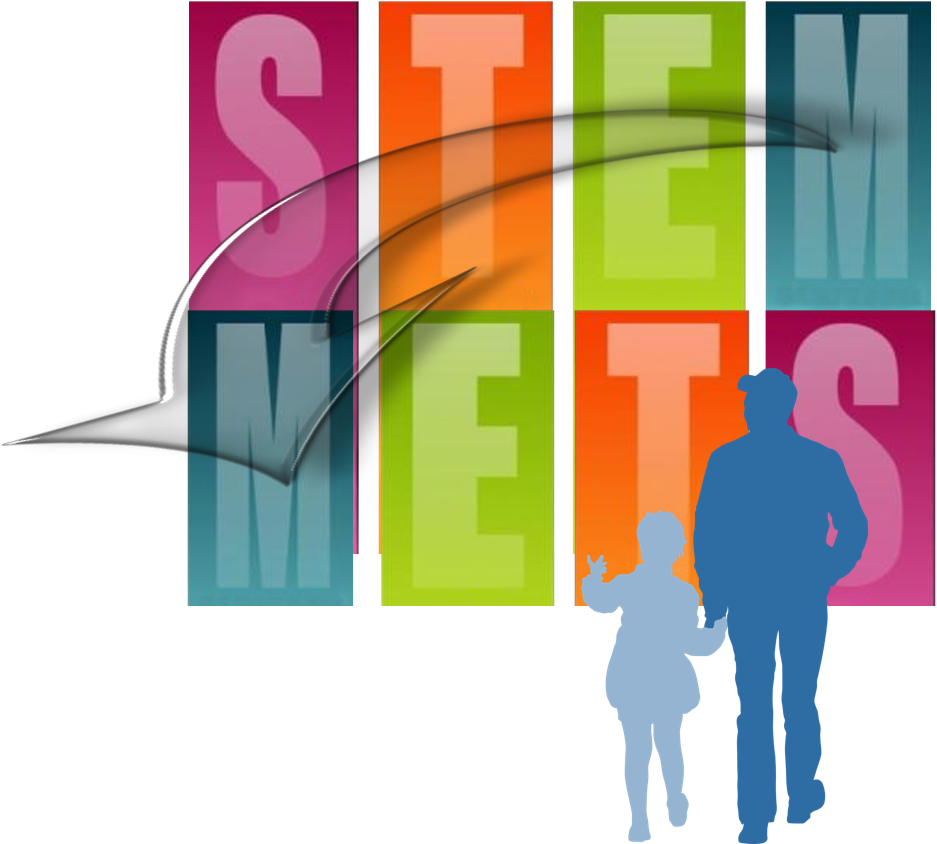 Math: the Last Letter in "STEM" but the First in Importance

Albert Einstein once said, “Pure mathematics is, in its way, the poetry of logical ideas.” And the late Polish mathematician, Stefan Banach, added, “Mathematics is the most beautiful and most powerful creation of the human spirit.” I daresay most people don’t see mathematics in the same way. For many people, mathematics seems boring or incomprehensible. In today’s technically challenging world, we need to ensure our children are raised with a better appreciation of math. Although math may represent the last letter in STEM (the other letters standing for science, technology, and engineering), it ranks first in importance. The late Shakuntala Devi, an Indian writer who was popularly known as the “human computer,” once said, “Without mathematics, there’s nothing you can do. Everything around you is mathematics. Everything around you is numbers.” She was right.

During the Cold War between the Soviet bloc and western allies, if you wanted to get the public’s attention, you declared there existed a gap between the two sides (e.g., the missile gap). It turned out some of those gaps were non-existent, but the practice of claiming “gaps” exist in various areas caught on. We still draw attention to “gaps” when we want to get the public’s attention. Today educators talk about a “math gap.” Melissa E. Libertus, a research scientist at the Learning Research and Development Center and an assistant professor in the Department of Psychology at the University of Pittsburgh, and Roberta Michnick Golinkoff, the Unidel H. Rodney Sharp Professor of Education, Psychology and Linguistics at the University of Delaware, write, “Educators and parents alike are alarmed over the persistent gaps between 15-year-olds in the United States and their international peers on science and math outcomes.”[1] If having to worry about international gaps in math scores were not enough, according to Richard V. Reeves (@RichardvReeves), a Senior Fellow at the Brookings Institution and the Co-Director of Center on Children and Families, “There are … persistent race gaps on the math section of the SAT, which is an important gateway to higher education.”[2] These are real and very serious gaps that America needs to close if it is to continue to be competitive in an increasingly technical world. Libertus and Golinkoff write, “To combat this trend, forces have mobilized around STEM education — stressing the experiences needed to build a foundation for science, technology, engineering, and mathematics. Fostering strong STEM education will safeguard our place in the world and ensure our children a place in tomorrow’s workforce.”

They go on to stress that math skills need particular attention and the place to begin teaching those skills is in the home. They explain, “Evidence suggests that the road to strong STEM education starts not in elementary or middle school, but at home and in preschool with very young children.” They elaborate:

“Some parents and teachers talk about numbers and math frequently so that their children are hearing words such as two, twelve, more, less, count, and add repeatedly in various contexts. Other parents and teachers, however, rarely use number and math words or engage children in meaningful math-learning activities. Failing to talk to our kids about math and introducing them to mathematical ideas and activities is what we call “The Great Shortchange” because it stunts children’s math growth and their future success. This is precisely where we need to act: We must bring math into our homes and preschools. To be specific, research indicates that some parents of toddlers use an average of more than 30 number words every hour (e.g., “Where are the three girls in the picture?”). Other parents, however, use only one number word every two hours, on average. This creates close to a 6,000 percent difference in math input at home. The results are even more worrisome when we look at preschool teachers. Some preschool teachers use more than 100 math words per hour, but others use only one – almost a 10,000 percent difference. Given these differences in children’s experience, it is no surprise that children who are exposed to more activities and talk related to math acquire new math concepts faster and enter kindergarten better prepared for learning math. Although some children can barely count to 10, others are already doing basic arithmetic.”

Training parents to help their children learn and appreciate numbers and math is important; but, it is especially important for minority parents with low incomes since children in those households score lower on standardized math tests. As Reeves observes, “Race gaps on the SAT hold up a mirror to racial inequities in society as a whole. Equalizing educational opportunities and human capital acquisition earlier is the only way to ensure fairer outcomes.”

Beginning math training in the home is obviously an important first step and studies show that pre-kindergarten and early elementary school training in math is also important. Roger Riddell (@EdDiveRoger) reports, “Research continues to show that preschool benefits student performance in later grades across the board. In January, it was reported that PISA scores showed improved math scores for students who had attended preschool between the ages of 3 and 5, and a 2017 study from Child Trends found that pre-K programs that include math education could close a gap that sees Latino students start kindergarten an average of 3 months behind their white peers in math.”[3] He adds, “While no one is suggesting students should be able to understand Boolean equations or code a basic web page by kindergarten or first grade, getting them started on thinking computationally can begin early. Basic physics concepts like the forces acting on a swing or a ball can be introduced through play activities, for example, helping them to more easily connect the dots when more complex lessons arrive in later grades.” Riddell’s latter point about introducing math concepts through play activities is an important one. We need to make math more fun if we are going to get more students engaged in STEM subjects.

Parents and teachers both play an important role in making math more fun and applicable in children’s lives. Laura Overdeck (@BedtimeMathProb), founder and president of Bedtime Math, explains, “Most schools still hand out uninspired worksheets as an ineffective alternative to hands-on materials and true exploration, leaving too many students either lost and confused or ahead and bored. Incorporating math and science learning into kids’ lives outside the classroom is the key: Given that kids spend only about a fifth of their 5,000 waking hours per year in school, there’s a huge opportunity to create powerful learning experiences anywhere in a child’s life. That’s why parent engagement in children’s math and science learning is so crucial. When kids encounter math and science as a list of abstract facts behind the classroom door, they’re given little incentive to remember the material or to apply it to everyday life.”[4] She continues:

“Parents don’t need to be number whizzes or lab experts to generate these kinds of experiences. Usually, it’s enough to be co-learners alongside one’s kids, says Elisabeth McClure, an expert in early childhood STEM education and lead author of the STEM Starts Early report, released this year. So when we see a child face everyday challenges — say, reaching for something that’s too high — it’s a perfect opportunity to let her exercise her logic skills, rather than just solving the problem for her: ‘You can’t reach it? How could you make yourself taller?’ Working through the problem this way, our budding scientist may decide to find a stool or come up with a more novel solution. McClure writes: ‘By simply scaffolding the child’s critical-thinking process during this challenge moment, you’re encouraging math by comparing heights, science by encouraging experimentation, technology by helping her think about tool use, creativity in imagining a solution and engineering by letting her make her imagined solution into a physical reality.’ Parents can support their kids’ developing skills in many other simple ways by weaving math and science into their day-to-day lives. Visit a science museum. Explore a forest or a nearby park together, and investigate what you come across.”

Making math fun will require a new way of thinking for most parents. Hopefully, parents will find it fun trying to figure out new ways to introduce math into their children’s lives.

Overdeck concludes, “Americans are lacking in confidence when it comes to math. Restaurants now print the suggested tip on receipts because so many customers struggle to calculate it — an exercise that draws on 4th grade-level abilities. Math and science education does more than produce tech visionaries and Nobel Prize winners. It produces adults who can navigate regular daily life with confidence, by teaching children how to solve problems creatively, observe the world around them rationally and sift facts from fiction.”[4] David Evans, Executive Director of the National Science Teachers Association and Talia Milgrom-Elcott, Executive Director of the STEM teacher training initiative 100Kin10, agree. They write, “Education should be about helping our kids acquire the skills they’ll need to live successful, productive, and satisfying lives. In a rapidly changing world, where it’s difficult to predict what challenges and technologies lie ahead, it is more important than ever that kids learn to think carefully, critically, and creatively.”[5] The challenge is that we not only have to educate children to navigate daily life with confidence we have to prepare them to compete with the world. That’s why I, along with a few colleagues, founded The Project for STEM Competitiveness — to help get a project-based, problem-solving approach into schools near where we live. Evans and Milgrom-Elcott explain, “Now it’s the entire world competing for the same jobs, the same resources, the same opportunities. It’s no longer about passing algebra; it’s about thriving in an increasingly worldwide workforce. American students should be able to compete with kids from anywhere in the world, because when they graduate from high school, technical school, or college, that’s who they’ll be measured against. In this global economy, one of the most effective ways to set our children up for success is to ensure they receive excellent STEM (science, technology, engineering, and math) education.”[4] The late German mathematician David Hilbert once stated, “Mathematics knows no races or geographic boundaries; for mathematics, the cultural world is one country.” We need to make sure our children are part of that world.