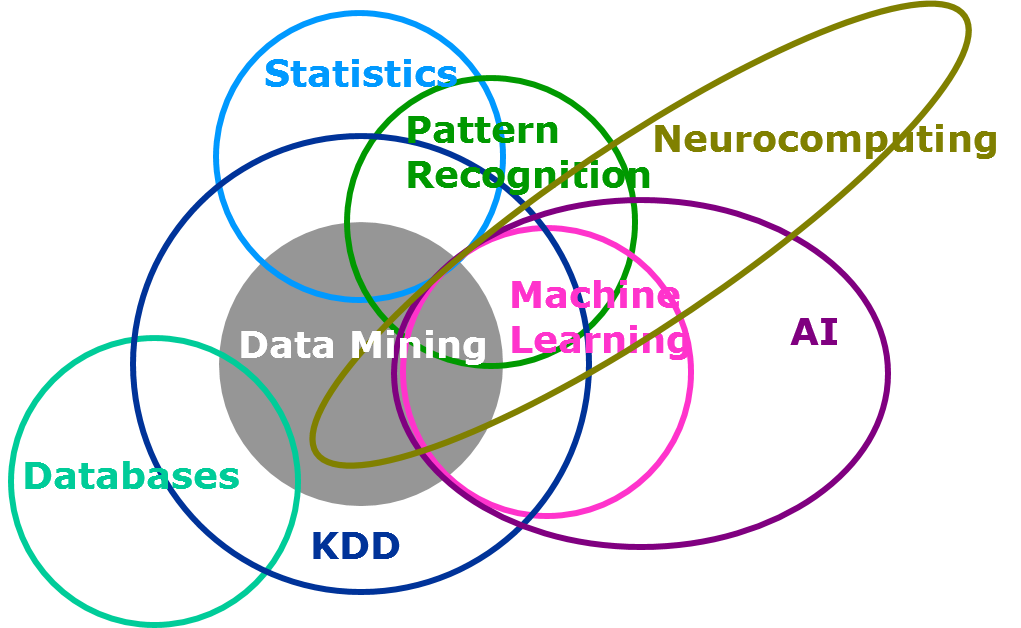 “Although it has been around for a long time now, Machine Learning is becoming more prevalent,” writes Balachander Ramachandran (@Moontails). “Most of us have encountered it without even realizing it. From recommendations to search engines, from self-driven cars to intelligent personal assistants, they are all the byproducts of applying Machine Learning techniques to solve real world problems. Now, Machine Learning is everywhere!” [“Machine Learning Is Everywhere,” Uloop, 10 November 2014] Steve Ballmer (@stevebmicrosoft), the former Microsoft CEO, believes that machine learning is the next step in computer science. He told Computerworld, “I think it’s the dawn of an exciting new era of info and computer science. It’s a new world in which the ability to understand the world and people and draw conclusions will be really quite remarkable. … It’s a fundamentally different way of doing computer science.” [“Ballmer says machine learning will be the next era of computer science,” by Sharon Gaudin (@sgaudin), Computerworld, 13 November 2014] The very ubiquity of machine learning means that it is a subject with which we all should become more familiar, but especially business leaders.

Eric Miley (@ericmileymba), a technology and analytics professional, agrees with Ballmer that machine learning will advance computer science. Machine learning, Miley writes, “will lead to innovations and organizational value that we have yet to fathom.” [“On Machine Learning and the Next Wave of Innovation,” LinkedIn, 27 December 2014] He continues:

“Examples of these improvements will include how businesses are created, how investment decisions are made, how people are hired and fired, as well as the way in which governing bodies and boards will make key strategic decisions. This topic is leading to exciting innovations in natural language processing, medical diagnostics, fraud detection, DNA sequencing, neuroscience, and many more areas of importance.”

One of the reasons that people like Ballmer believe that machine learning is the next big step in computer science is that it brings together several different disciplines. Often breakthroughs are found at the intersections of different disciplines. That phenomenon is what Frans Johansson calls “The Medici Effect.” Johansson writes about the value of creating a space in which people from diverse fields of expertise can get together to exchange ideas (i.e., make connections). The Medici’s, of course, were a wealthy and powerful Italian family who played an important role in the Renaissance. The family’s wealth permitted it to support artists, philosophers, theologians, and scientists, whose combined intellect helped burst the historical pall known as the Dark Ages. In some ways, machines that learn create their own Medici Effect by drawing data from various disciplines. Professor Tom Mitchell, Chair of the Carnegie Mellon University Machine Learning Department, made this point in a paper he wrote back in 2006 entitled “The Discipline of Machine Learning.” He wrote:

“Machine Learning is a natural outgrowth of the intersection of Computer Science and Statistics. We might say the defining question of Computer Science is ‘How can we build machines that solve problems, and which problems are inherently tractable/intractable?’ The question that largely defines Statistics is ‘What can be inferred from data plus a set of modeling assumptions, with what reliability?’ The defining question for Machine Learning builds on both, but it is a distinct question. Whereas Computer Science has focused primarily on how to manually program computers, Machine Learning focuses on the question of how to get computers to program themselves (from experience plus some initial structure). Whereas Statistics has focused primarily on what conclusions can be inferred from data, Machine Learning incorporates additional questions about what computational architectures and algorithms can be used to most effectively capture, store, index, retrieve and merge these data, how multiple learning subtasks can be orchestrated in a larger system, and questions of computational tractability.”

Polly Mitchell-Guthrie, head of the SAS Advanced Analytics Customer Liaison Group in R&D, visually makes the point about machine learning being at the intersection of numerous disciplines using the graphic shown below. [“Looking backwards, looking forwards: SAS, data mining, and machine learning,” Subconscious Musings, 22 August 2014] I found it interesting that the graphic was drawn from an SAS course developed back in 1998. Today machine learning would probably take an even more central position. [Note: KDD stands for Knowledge Discovery in Databases]

With the Internet of Everything rising quickly on the horizon, it will be possible in the future to connect massive amounts of data from various disciplines in new and exciting ways. At Enterra Solutions© we call this the “Integration of the Sciences™.” We also believe that to achieve this integration, computer science must move beyond machine learning to cognitive computing. One of the interim steps from machine learning to cognitive computing is deep learning.

Bozhidar Bozhanov (@bozhobg), a senior Java developer, notes, “Ironically, the hardest part of machine learning is the part where a human tells the machine what is important about the data. This process is called feature selection. What are those features, that describe the data in a way, that the computer can use it to identify meaningful patterns.” [“Getting Started with Machine Learning,” Java Code Geeks, 1 December 2014] A year ago, Stu Robarts (@StuRobarts) reported, “Scientists at Brigham Young University (BYU) have developed an algorithm that can accurately identify objects in images or videos and can learn to recognize new objects on its own.” [“New object recognition algorithm learns on the fly.” Gizmag, 19 January 2014] Robarts continues:

“The Evolution-Constructed Features algorithm is notable in that it decides for itself what features of an object are significant for identifying the object and is able to learn new objects without human intervention. The researchers say that unlike other methods, it does not require retuning or reworking for different tasks. ‘In most cases, people are in charge of deciding what features to focus on and they then write the algorithm based off that,’ says Dr. Dah-Jye Lee, professor of electrical and computer engineering at BYU and author of the paper. ‘With our algorithm, we give it a set of images and let the computer decide which features are important.’ According to Dr. Lee, most other algorithms require a lot of fine-tuning of parameters and methods to achieve their best accuracy, whereas the Evolution-Constructed Features algorithm does not.”

At Enterra, to help a machine better understand what is important about data, we add semantic reasoning into the mix. This approach can help prevent machines from following false trails as they pursue new knowledge about a particular subject. Without this added dimension, learning machines can return some pretty funny (and erroneous) conclusions. Eric Blattberg (@EricBlattberg) reports, for example, “When deep learning startup AlchemyAPI exposed its natural language processing system to the Internet, it determined that dogs are people because of the way folks talked about their pets. That might ring true to some dog owners, but it’s not accurate in a broader context. That hilarious determination reflects the challenges — and opportunities — inherent to machine learning.” [“Cognitive computing is smashing our conception of ‘ground truth’,” Venture Beat, 20 March 2014] Using semantic reasoning, a machine would know that dogs aren’t human and never pursue that line of inquiry.

Where is all of this heading? That is exactly the question that Larry Dignan (@ldignan), Editor in Chief of ZDNet and SmartPlanet, posed to Elliot Turner (@eturner303), CEO of AlchemyAPI. [“Talking deep learning with AlchemyAPI CEO Elliot Turner,” ZDNet, 20 March 2014] Turner stated:

“Artificial intelligence and deep learning is a disruptive technology, but I can’t help but think about the end of the line and what the average bear actually gets. Will AI insights come via a Watson appliance, a smartphone or a wearable? Will there be a chip embedded in my head? ‘No one knows yet what’s on the end,’ said Turner. ‘It’s hard to see what’s on the other end because it’s a disruptive technology.'”