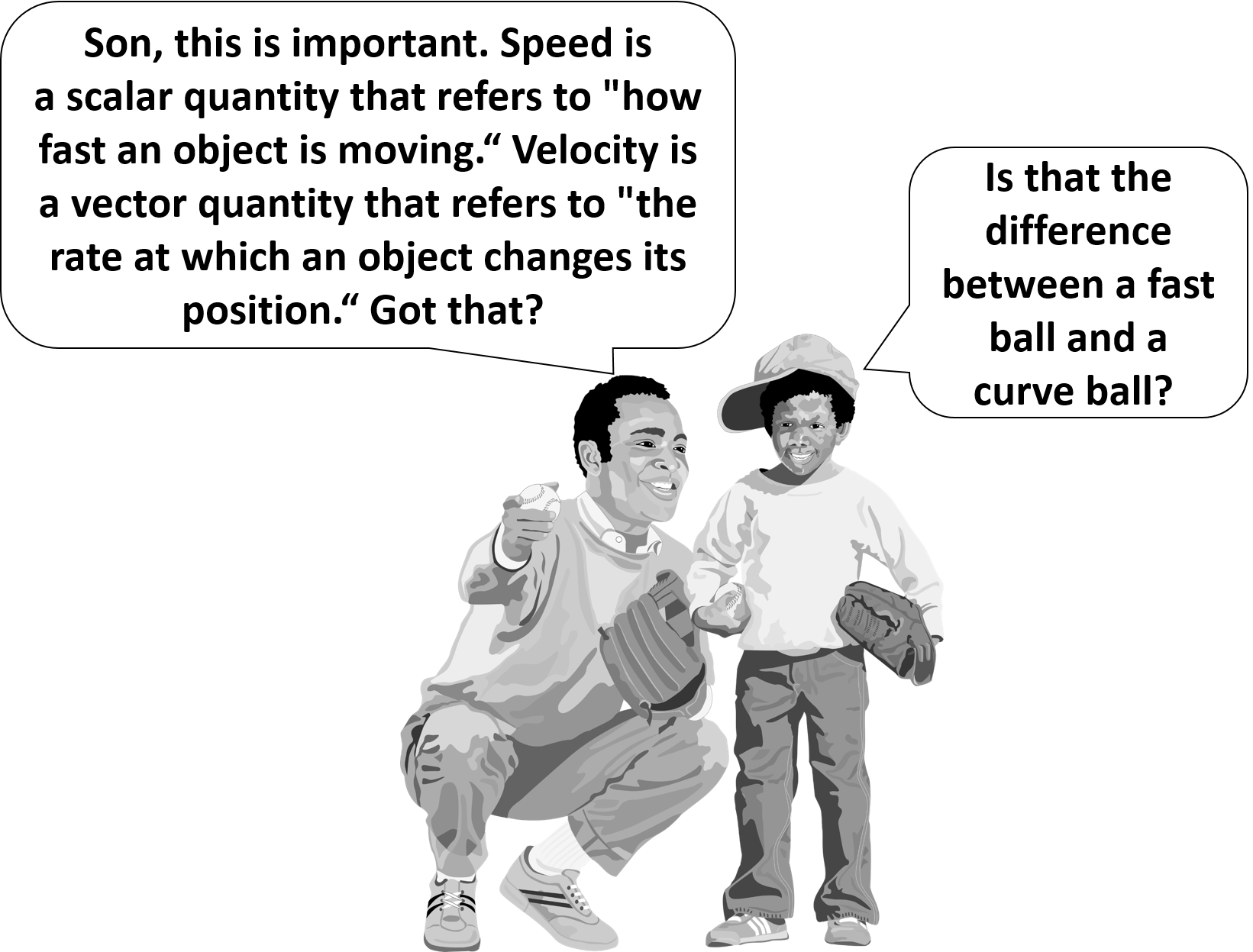 For decades researchers have been telling us that language and learning are fellow travelers in the educational process. Rhodi Lee writes, “The ability of humans to use language is among the things that make them distinct from other animals, but scientists were not certain as to why and how this trait has evolved.” She reports new theories conclude language is thought to have developed as a direct result of one person needing to teach another person a new skill. She explains:

“A new study … suggests that how language has evolved is directly tied to ancient tool-making. For a new study published in the journal Nature Communications on Jan. 14, [2015,] Thomas Morgan from the University of California at Berkeley and colleagues presented evidence that stone tool-making has played a very important role in the evolution of language and teaching among our prehistoric human ancestors. The first verbal communications, which likely happened 2.5 million years ago, were likely about tool-making. The study proposes that our human ancestors in the African savannah may have developed a primitive form of language so they could teach each other how to make stone age tools, a crucial skill for survival at the time.”

If the study’s theory is correct, then we need to ensure our children gain language skills early in life. Other studies bear this theory out.

The Importance of Exposing our Children to a Large Vocabulary

Elizabeth Mann (@elizkmann), a Fellow in Governance Studies at Brooking’s Brown Center on Education Policy, writes, “Two decades ago, researchers Betty Hart and Todd Risley revealed a particularly stark difference in the experiences of toddlers with different income levels. As Hart and Risley described it, low-income infants hear many fewer words per day than their middle- and high-income peers, totaling to a 30-million-word difference by age three. They coined this discrepancy ‘the word gap.’ Hart and Risley also found that students who had heard fewer words as toddlers correlated with worse performance on tests of vocabulary and language development years later.”[2] Writing about follow-on research to that Stanford study, Motoko Rich reports, “The new research by Anne Fernald, a psychologist at Stanford University, which was published in Developmental Science [in 2013], showed that at 18 months children from wealthier homes could identify pictures of simple words they knew — ‘dog’ or ‘ball’ — much faster than children from low-income families. By age 2, the study found, affluent children had learned 30 percent more words in the intervening months than the children from low-income homes.”[3] Education is all about understanding and one of the purposes of language is to help us understand the world better. Rich explains that “oral language” is also the key to “reading comprehension.” Because the vocabulary of poorer children is less rich than the vocabulary of children from wealthier homes, “the most disadvantaged children face increased challenges once they enter school and start learning to read.”

Mann adds, “More recent studies have similarly identified a word gap, albeit not to the tune of 30 million words, and shown that spoken word counts predicted vocabulary and language understanding months later even when controlling for previous vocabulary levels and maternal education. A separate study showed that, by age two, toddlers from lower socio-economic backgrounds can be six months behind their wealthier peers in vocabulary. Despite widespread acknowledgement of the scale of the problem, including a push from former President Barack Obama on the issue, progress toward closing the word gap has been slow.” It’s not just reading comprehension that suffers when students lack exposure to a rich vocabulary. Melissa E. Libertus, a research scientist at the Learning Research and Development Center and an assistant professor in the Department of Psychology at the University of Pittsburgh, and Roberta Michnick Golinkoff, the Unidel H. Rodney Sharp Professor of Education, Psychology and Linguistics at the University of Delaware, note that math abilities can also suffer due to a lack of vocabulary. They elaborate:

“Some parents and teachers talk about numbers and math frequently so that their children are hearing words such as two, twelve, more, less, count, and add repeatedly in various contexts. Other parents and teachers, however, rarely use number and math words or engage children in meaningful math-learning activities. Failing to talk to our kids about math and introducing them to mathematical ideas and activities is what we call ‘The Great Shortchange’ because it stunts children’s math growth and their future success. This is precisely where we need to act: We must bring math into our homes and preschools. To be specific, research indicates that some parents of toddlers use an average of more than 30 number words every hour (e.g., “Where are the three girls in the picture?”). Other parents, however, use only one number word every two hours, on average. This creates close to a 6,000 percent difference in math input at home. The results are even more worrisome when we look at preschool teachers. Some preschool teachers use more than 100 math words per hour, but others use only one — almost a 10,000 percent difference. Given these differences in children’s experience, it is no surprise that children who are exposed to more activities and talk related to math acquire new math concepts faster and enter kindergarten better prepared for learning math. Although some children can barely count to 10, others are already doing basic arithmetic.”

Training parents to appreciate the importance of words is important; but, it is especially important for minority parents with low incomes since children in those households already begin life with too many socio-economic challenges.

What can be Done?

A few years ago I wrote about the efforts leaders in Providence, RI, were undertaking to address the vocabulary gap in their underprivileged neighborhoods.[5] I wrote, “The city of Providence, RI, has implemented a new, in-home program called ‘Providence Talks’ that helps parents learn how to increase the number of different words spoken in the home. The official website for Providence Talks touts the program as ‘a first of its kind initiative designed to close the “thirty-million word gap” and ensure Providence children enter kindergarten ready to learn.’ Providence Mayor Angel Taveras, who calls himself a ‘Head Start baby,’ is a huge supporter of the program. He’s not alone. The program is considered so innovative that it won the grand prize in the 2012-2013 Bloomberg Philanthropies’ Mayors Challenge.” Mann provides an update on the program’s results. She reports:

“Bloomberg Philanthropies reported this May that 60 percent of children in Providence Talks heard more words at the end of the program than at the beginning. On average, the number of words toddlers heard in a day increased by 50 percent. Families who started at the lowest end of the spectrum, whose children heard fewer than 8,000 words a day at the outset — barely more than half of the 15,000 words needed for healthy brain development — recorded strong gains of 45 percent in words recorded. Ninety-seven percent of parents reported being satisfied or highly satisfied with the program. Providence Talks has partnered with Brown University researchers to examine the effects of the increase in spoken words on the toddlers’ language skills. In a city with 40 percent child poverty, eight percentage points higher than the national average, these changes and the program that produced them could have the potential to shrink developmental gaps long-term.”

Mann goes on to note that one shortcoming of the Providence program is that it measures quantity rather than quality. It turns out content matters. Mann explains, “Notably, the word pedometer used by Providence Talks does not measure the complexity of the words spoken nor their tone. ‘The soup is very hot’ counts the same as ‘the computer mouse is broken,’ even though the second sentence includes more difficult vocabulary. However, recent research indicates that quality may matter more than the quantity itself. Similarly, ‘Do not touch that!’ counts the same as ‘I’m proud of you,’ although research that indicates affirmations build confidence and skills better than prohibitions.”

Providence is tweaking its program to try and address its shortfalls; but, overall the program has shown very promising results. Mann concludes, “Measures of school readiness — such as the ability to recognize all the letters, write one’s name, and count to 20 — have reflected substantial differences between low-income students and their wealthier peers for decades. The aforementioned research has shown that these differences originate early and persist, making the word gap a promising target for intervention. Building on the success of Providence Talks, other cities could similarly target the word gap to leverage the power of the home in early childhood education.”