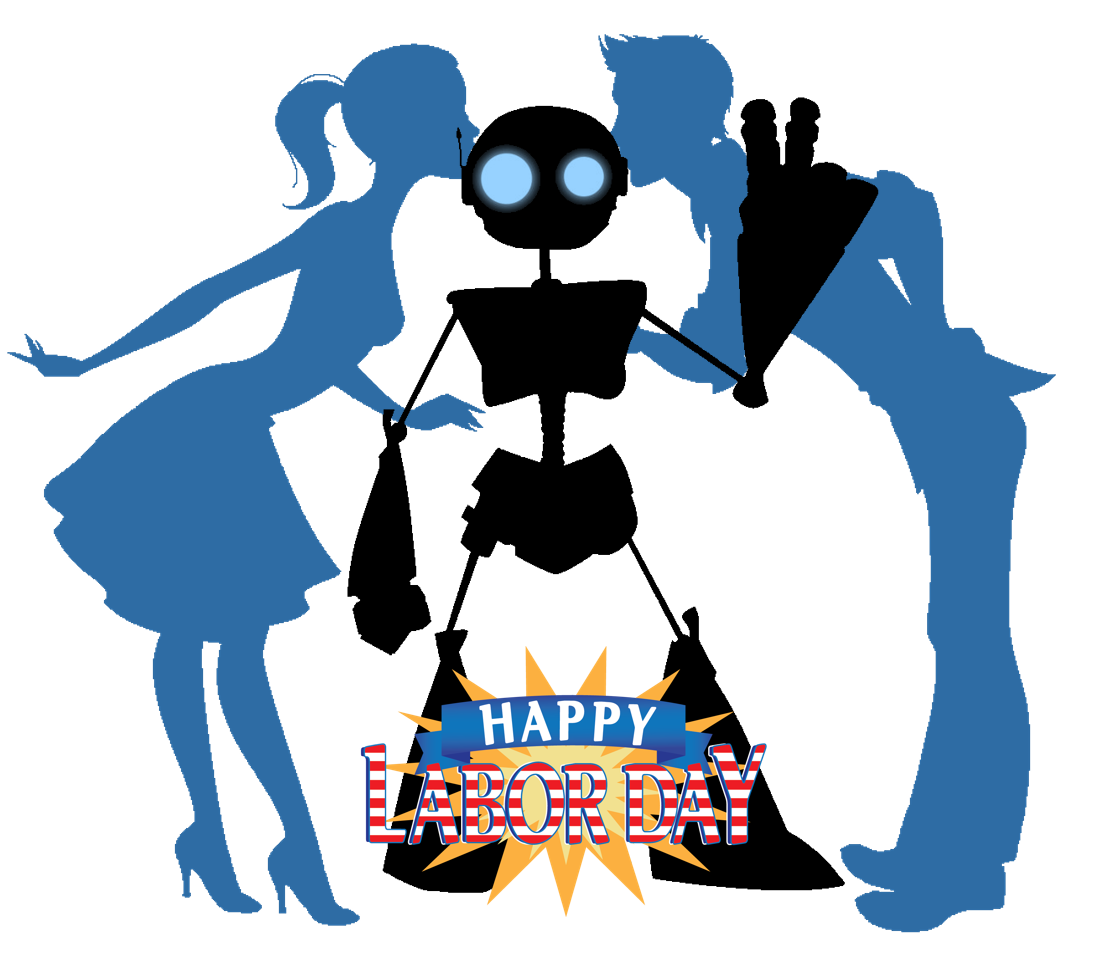 Although Labor Day has come to represent the end of summer, it was established to honor the contributions of working men and women to the American economy. As the U.S. Department of Labor website explains, “Labor Day, the first Monday in September, is a creation of the labor movement and is dedicated to the social and economic achievements of American workers. It constitutes a yearly national tribute to the contributions workers have made to the strength, prosperity, and well-being of our country.” Some pundits believe that technology and automation are going to usher in a dark age of high unemployment and social unrest. If true, one day Labor Day may be a day of remembrance rather than an annual tribute. However, I’m more of an optimist.

A couple of years ago, I wrote, “One of the reasons that some people are skeptical about masses of workers being displaced by technology is that the global economy can only grow if people (not robots) are buying things. If no one has work, no one is earning disposable income and economic depression is the ultimate result. Only shortsighted governments and businesses would pursue strategies that inevitably ensure economic ruin. Most businesses understand that their most important assets are their employees.” I haven’t changed my mind even though the warnings about job losses as a result of technology, artificial intelligence, and automation have increased in both quantity and volume. I truly hope my optimism is not unfounded and that all stakeholders (i.e., labor leaders, business owners, investors, politicians, academicians, and workers) come together to develop a road map that results in humans and machines working side-by-side in a new kind of labor collaboration.

Roland Moore-Colyer (@roland_mc) reports that Forrester analysts share my optimism.[1] “Humans will work alongside robots rather than lose their jobs to automated machines, according to a new report from analyst firm Forrester,” he writes, “although millions of traditional jobs will die out as this change occurs.” I agree that the job landscape is going to feel the effects of tectonic shifts. No one can walk a modern factory floor without realizing that the job landscape has already been changed by temblors of change that are small in comparison to the dramatic shifts in landscape that are yet to come. The introduction to the Forrester report, which is entitled “The Future Of Jobs, 2025: Working Side By Side With Robots,” states:

“There’s a lot of talk these days about the bleak future of employment: Claims that robots will steal all the jobs are commonplace in the media and in academia. These concerns are driven by a host of new technologies that automate physical tasks (robotics), intellectual tasks (cognitive computing), and customer service tasks (everything from self-help kiosks to grocery store scanners). While these technologies are both real and important, and some jobs will disappear because of them, the future of jobs overall isn’t nearly as gloomy as many prognosticators believe. In reality, automation will spur the growth of many new jobs — including some entirely new job categories. But the largest effect will be job transformation: Humans will find themselves working side by side with robots.”

Gartner analysts, like those from Forrester, are optimistic that human/machine collaboration will make for a happier future. That is the conclusion of a study entitled, “Technology and people: The great job-creating machine.” The introduction to that study states:

“We argue that the role played by technology in boosting employment often goes overlooked because of its more conspicuous destructive effects. The stock of work in the economy is not fixed. The last 144 years demonstrate that when a machine replaces a human the result, paradoxically, is faster growth and, in time, rising employment. Indeed, one only need look at the UK’s employment figures, which have more than doubled since 1871, to see that technological change has coincided with the creation, not destruction, of work. However, technological change does create policy challenges. If the pace of adoption of technology is accelerating, society will need to prepare for higher levels of technological unemployment. And the way in which change increasingly rewards high-level education and skills suggests that income inequality may yet widen. Rapid advances in technology mean that education, training and the distribution of income are likely to be central to the political debate for many years to come.”

Their point about the importance of policy challenges cannot be overstated. On this Labor Day, I hope that all stakeholders pause in their celebrations to think about the future and what they can do to ensure that the dire predictions being made about future unemployment don’t come true. From all of us at Enterra Solutions, please have a safe and happy holiday.