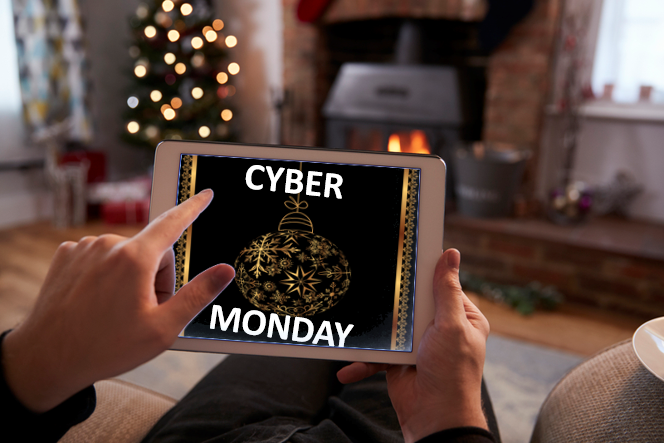 Is Cyber Monday Still a Thing?

Fifteen years ago, Black Friday still reigned as queen of shopping days and consumers flocked to physical stores to buy deeply discounted products for gift-giving during the holiday season. The digital path to purchase was still just a lightly trodden path for most consumers; however, things have changed. For last decade and a half, consumers have been bombarded with advertisements for Cyber Monday deals encouraging them to shop online. Cyber Monday takes place the Monday after Thanksgiving. According to Wikipedia, the term “Cyber Monday” was coined by Ellen Davis (@ellendavis), when she worked at the National Retail Federation (NRF) and Scott Silverman (@scottsilverman),  who at time was the Executive Director of Shop.org.[1] The term made its debut in a 28 November 2005 Shop.org press release entitled “‘Cyber Monday’ Quickly Becoming One of the Biggest Online Shopping Days of the Year.”

The press release discussed a phenomenon the NRF had detected in consumer shopping behavior. Claire Nowak explains, “According to the press release, 77 percent of online retailers had seen their sales ‘increase substantially’ on Cyber Monday the previous year and by NRF calculations could expect the trend to continue. Davis had considered calling the new online shopping holiday Black Monday, after Black Friday, or Blue Monday, after blue hyperlinks. But the former also refers to the day world stock markets crashed, and the latter sounded too depressing.”[2] According to Nowak, Davis and Silverman speculated, “[This spike in sales] was because people were making purchases from their computers at work, where the Internet connections were faster and their kids couldn’t get a sneak peek at their gifts.” The term stuck and Cyber Monday sales continued to grow. The question is: Is Cyber Monday still relevant? The pandemic forced many people to buy online and many retailers, including Amazon and Walmart, began holiday sales in October. It will be interesting to see how much online sales grow this Cyber Monday.

The growth of Cyber Monday sales

Sales surpassed the $2 billion mark in 2014 jumping 17% to $2.038 billion. In 2015 sales jumped another 12% to $2.28 billion and the next year (2016) sales jumped another 17% to $2.671 billion. According to Wikipedia, the $3 billion mark was breached in 2017 when Cyber Monday sales reached $3.364 billion; however, journalist Kristen McGrath (@KristinCMcGrath) reports sales actually surpassed $4 billion in sales.[3] McGrath reports sales in 2018 surpassed the $6 billion mark and 2019 pressed the $8 billion mark ($7.8 billion). According to McGrath, even before the pandemic hit, Cyber Monday was giving Black Friday a run for its money. She reports, “Average spending on Cyber Monday is on the increase. … In 2019, Cyber Monday digital spending beat Black Friday digital spending by about $2 billion.” She concludes, “Cyber Monday has grown from a trend to a tradition.”

McGrath and others now observe that Thanksgiving sales have now blurred from distinct days, like Black Friday and Cyber Monday, into Thanksgiving weekend sales starting on Thursday and running through Monday. In fact, back in 2011, “CNBC announced that Black Friday and Cyber Monday have merged into one long shopping event.”[4] Michael-Jon Lazar, from ReadyCloud Suite, notes, “The biggest trend to arise during the Black Friday/Cyber Monday weekend is the prominence of online shopping during this traditionally in-person promotion. It’s no longer a factor of the conversation but rather the centerpiece of it. The numbers don’t lie. Ecommerce is now bigger than ever, clocking in at an industry total of $3.5 trillion with further projected growth in the years to come. Online shopping helps consumers find the best prices, avoid crowds, save time and so much more, so it’s no surprise it has become so popular that half of consumers prefer it to buying in-store.”[5] He goes on to make a few predictions about Cyber Monday 2020. He writes:

“If Cyber Monday 2020 is anything like last year’s shopping holiday, the hot commodity will be technology items. Both the PlayStation 5 and the Xbox Series X next-generation video game consoles will be available … so prices of the older models will surely drop in response. Apple AirPods are in a similar situation with AirPods Pro being the newest version, unseating AirPods Classic. Other data points to a continued popularity of appliances (InstantPot specifically), TVs and laptops. … Low prices aren’t relegated to certain days anymore. E-tailers can start offering deals any time before, during or after the Cyber Weekend and set time limits on each discount. Shoppers need to be nimble so they can pounce on these deals at the optimal time. … As Cyber Monday only gets bigger, more online retailers want to get in on the event. Last year, there was fierce competition between Amazon, Walmart, Target, B&H Photo and Best Buy on items that consumers want to buy. Savvy shoppers will keep a close eye on multiple stores before making a purchase and striking while the iron is hot. Even non-tech sellers are warming up to the idea of discount days, and other categories like beauty and apparel will see price slashes while shoppers’ wallets are already open. … Online shopping has increased 500% or more during the past 7 months [and], with new features like contact-less delivery being made available, expect this year’s Cyber Monday … to set new all-time records.”

Both retailers and consumers need to be wary of online fraud this holiday season. Marko Milijic notes, “We get so eager to click on a discounted item that we often forget about security. Cyber Monday represents an opportunity not just for retailers to get rich but also for cybercriminals. They see this as a perfect opportunity to rid us of our hard-earned cash. Our judgment may be impaired during that period but we still have to be cautious. … There are best practices that each of us can perform in order to protect ourselves.”[6] Those best practices include:

Cyber Monday sales could top $10 billion this year; however, unlike the first Cyber Monday back in 2005, consumers are more likely to be making purchases from home than in the office.