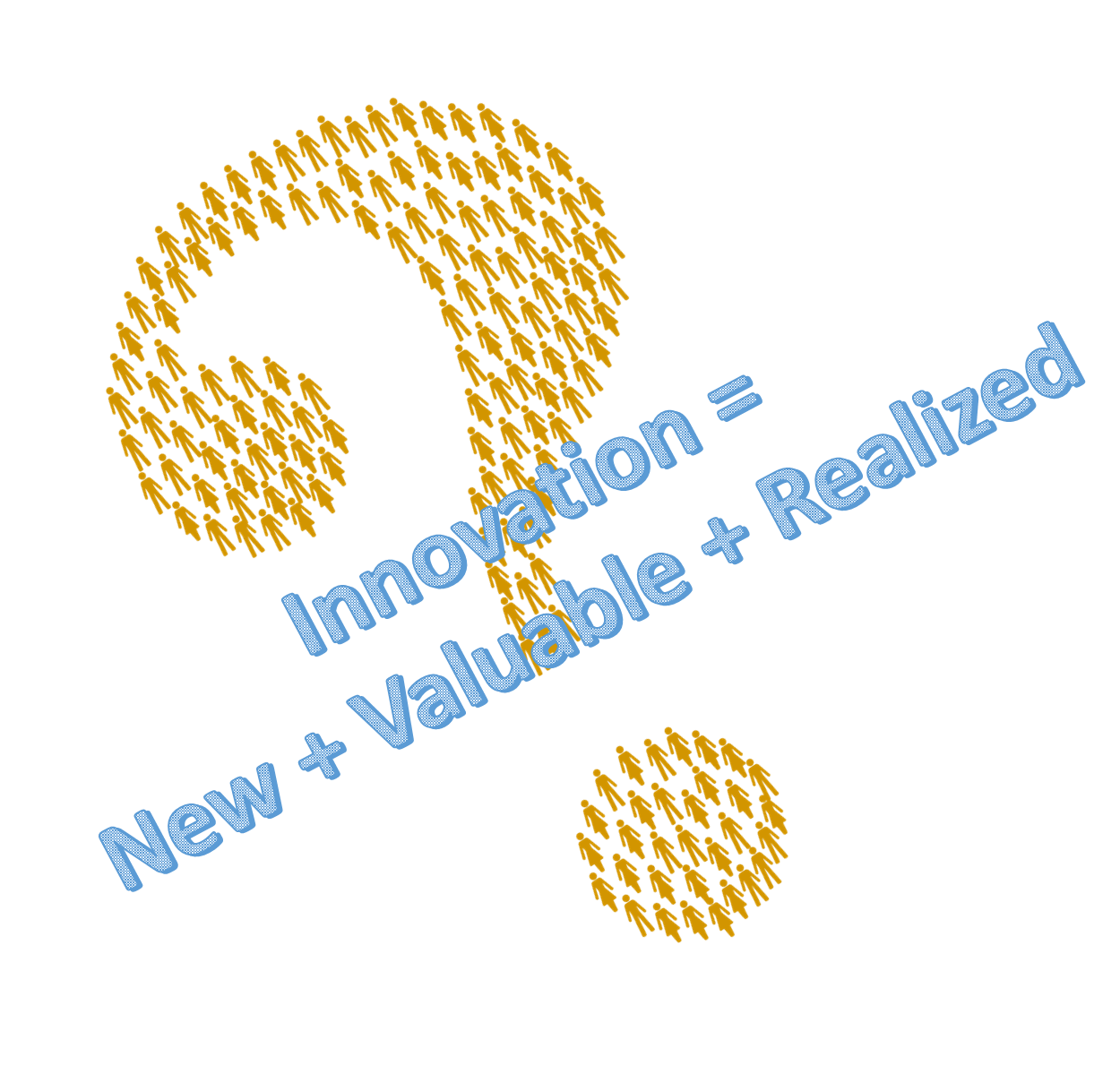 Innovation and the Tale of Six Questions

The Information Age has turned the value of questions and answers topsy turvy. In the past, questions were cheap to ask and companies paid to get answers to their questions. Now, according to Kevin Kelly (@kevin2kelly), founding Executive Editor of Wired magazine, the opposite is true. He explains, “Very soon we’ll live in a world where we will be able to ask the cloud, in conversational tones, for free, any question at all. And if that question has a known answer, the machine will explain it to us, again and again if need be. Yet, while the answer machine can expand instant answers infinitely, our time to form the next question is very limited. … While answers become cheap, our questions become valuable. This is the inverse of the situation for the past millennia, when it was easier to ask a question than to answer it.”[1] Because artificial intelligence has the potential to make answers cheap, the value of questions is only going to climb. One area in which good questions are an absolute imperative is innovation. Every analyst and researcher knows — the better the question the better the answer.

Three questions that will kill innovation

We have all heard the saying, “There are no dumb questions.” Like most aphorisms, that statement contains a general truth; but, there are always exceptions. We know there are dumb questions. We’ve all seen lists of supposedly real questions asked by trial lawyers in court; such as: “Now doctor, isn’t it true that when a person dies in his sleep, in most cases he just passes quietly away and doesn’t know anything about it until the next morning?” Don’t get me wrong. If you don’t know something, you should ask a question. I believe that. But, according to Geoff Tuff (@geofftuff), Senior Leader of Innovation and Applied Design Practices at Deloitte Consulting, when it comes to innovation, there are three questions you shouldn’t ask. They are:

1. What’s the return on investment (ROI)? Admittedly, that sounds like a perfectly legitimate question; and, there probably is a right time for that question to be asked. According to Tuff, however, asking it during the innovation process is a bad idea. He explains, “When I see innovation teams asked this question, they typically become immediately defensive. … Asking for the return on investment also implies that you can predict market results precisely. … The time for a discussion about relative performance can come only once real market data can be obtained.”

2. Has anyone done this before? Reinventing the wheel is seldom a productive idea. Yet somebody thought a single, center nut wheel for Indy race cars was a better idea than using five lug nuts. You never know when reinventing the wheel is a good idea. Tuff, however, has something different in mind. He writes, “This question is really asking, ‘How hard is this going to be to get to market?’ That’s a legitimate concern. However, it’s better addressed through influencing company dynamics and culture, not by asking this particular question. Being concerned by what others are doing creates unnecessary and wasteful work, as it sends innovation teams searching for (or even inventing) analogs that may not exist. Worst case, this question might even change the nature of the imagined innovation, forcing it to fit the mold of something that exists already rather than being genuinely new.” Getting something to market is important. Without that step, an idea never becomes an innovation. My preferred definition of innovation comes in the form of an equation: innovation = new x valuable x realized. The bottom line is that an idea is not innovative unless it is implemented’ but, don’t abort the innovation process before it begins.

3. How can we prove this will work? Risk is commonly associated with innovation. Trying to eliminate risk can quash the innovation process. Tuff writes, “Larry Keeley, coauthor of The Ten Types of Innovation, is fond of saying, ‘If you use the words “prove” and “it” in the same sentence, you’re killing innovation.’ Why? Because the only way you can definitively prove something will work is to do it in the marketplace.”

Tuff isn’t discouraging the asking of questions. In fact, he proposes alternative questions that advance rather than halt the innovative process. Asking questions is important throughout the innovation process, but asking them is especially important at the beginning of the process.

Three questions that will foster innovation

1. What’s not working? Almost every creative idea begins with a question like this. Why are things done the way they are done? Isn’t there a better way of doing something? James writes, “Bosses seldom ask this simple question because 1) they’re afraid it will devolve into finger-pointing and 2) focusing on problems rather than solutions tends to depress morale. Unfortunately, avoiding the question risks small problems that remain unmentioned and unaddressed until they snowball into disasters. Jobs cut the knot of this dilemma by calling on an attendee and asking ‘What’s not working?’ then calling on another and asking: ‘What IS working?’ Jobs would continue to do this until he felt he ‘had a handle’ on what was really going and then use that perspective to make the best decision.”

2. Why doesn’t it work? James writes, “Most bosses avoid this question because 1) they don’t want to get into the technical nitty-gritty and 2) it can metastasize into a pointless discussion of who’s to blame. Steve Jobs realized, though, that constantly asking ‘why’ behind design, production and distribution limitations is what opens the door to constant innovation.” Some innovation gurus recommending ask “why” at least five times to ensure discussing causes rather than symptoms.

3. Is this the best you can do? James writes, “This question is brilliant and effective both because of what it implies and how it inspires. When Jobs asked it, he was implicitly stating that 1) he knew the employee was doing good work but 2) he would not be satisfied with anything but the employee’s very best work. By putting the burden of judgment on the employee, this question inspired them to either commit to the quality of their work or 2) go back to the proverbial drawing board.”

Tuff cites one of his colleagues, Jonathan Goodman, who is fond of saying, “The most powerful tools executives have to drive change are their questions.” I agree with that statement; but, as Tuff demonstrated, questions can also halt change. That’s why asking good questions at the right time is such a valuable skill. Business executives who want to foster innovation and change need to heighten their curiosity and sharpen their question asking skills. Katherine Graham-Leviss, founder and president of XBInsight, believes one of the most important traits an innovative leader can possess is curiosity. She explains, “They exhibit an underlying curiosity and desire to know more. These leaders will actively take the initiative to learn new information, which demonstrates engagement and loyalty to company goals. Keeping their skills and knowledge current gives them the competitive edge they need to lead effectively, and also stimulates new ways of thinking in other workers.”[4] Curiosity enjoys a symbiotic relationship with asking questions and a curious leader encourages those he leads to ask questions as well. Graham-Leviss asserts, “The CEOs who are most likely to lead innovation are driving, high-impact individuals, who aren’t afraid to be assertive, independent, and above all, curious.”

Footnotes
[1] Kevin Kelly, “With AI, Answers Are Cheap, But Questions Are The Future,” Longitudes, 9 March 2017.
[2] Geoff Tuff, “3 Questions That Kill Innovation — and What to Ask Instead,” Entrepreneur, 17 May 2018.
[3] Geoffrey James, “Steve Jobs Used These 3 Deceptively Simple Questions to Turn Apple into an Innovation Powerhouse,” Inc., 22 May 2018.
[4] Katherine Graham-Leviss, “The 5 Skills That Innovative Leaders Have in Common,” Harvard Business Review, 20 December 2016.