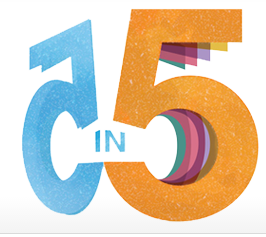 Like most people working STEM fields, IBM researchers believe technology has the potential to change the world around us in profound ways. Annually, members of the IBM Research team showcase what they perceive as the technologies with the greatest breakthrough potential over the coming five years. This year’s offerings include: crypto-anchors and blockchain; lattice cryptography; AI-powered robot microscopes; unbiased artificial intelligence; and quantum computing. Not only do IBM researchers believe these technologies will impact our lives, they insist they “portend a powerful evolution in computing that will exceed anything we’ve previously seen.”[1]

You may have never heard of crypto-anchors, but you probably will in the years ahead. Crypto-anchors are tiny computers about the size of grain of rock salt. You might be wondering why IBM links crypto-anchors together with blockchain. Timothy J. Seppala (@timseppala) explains, “[A crypto-anchor] works as a data source for blockchain. Meaning, it’ll apparently sort provided data with AI and can detect fraud and pilfering, in addition to tracking shipments.” These tiny computers will supposedly cost less than a U.S. dime to produce, which is why IBM believes they will become ubiquitous in the years ahead. They may be a bit optimistic. For years, analysts have predicted widespread use of RFID tags, which are even cheaper to produce than crypto-anchors. Yet, as of a few years ago, only 47 percent of surveyed retailers were receiving their products carrying RFID tags.[3]

IBM’s optimism may stem from the linkage it is making between crypto-anchors and blockchain technology. Blockchain is being touted as a cure-all for supply chain visibility. Adrian Gonzalez (@talkinlogistics) believes much of the blockchain hype is akin to snake oil sales pitches. He explains, “Remember the old-time medicine shows, when showmen and storytellers posed as doctors and peddled miracle elixirs for all sorts of ailments? If they existed today, these showmen would be peddling blockchain, the miracle cure and solution to just about everything. … The reality is that blockchain, like all technologies, is not a silver bullet solution to supply chain problems, especially not supply chain visibility. Blockchain doesn’t erase the fact that supply chains still suffer from crappy data. It doesn’t erase the integration challenge of aggregating, cleansing, and linking together data that is spread out across many different applications (some of them built in the 1970s), across many different companies and countries (some with limited or no IT capabilities), and stored and sent in many different formats (including email and faxes). In short, blockchain by itself does not solve the ‘garbage in, garbage out’ data quality problem; you’ll still have garbage data, but in a distributed ledger that’s better encrypted and traceable.”[4] IBM is hoping the combination of crypto-anchors and blockchain dramatically improves the data problem pointed out by Gonzalez. We’ll just have to wait and see.

You have to be living off the grid to be unaware of the continual stream of data breaches being reported in the news. Data encryption remains one of the best ways to protect data; but, analysts predict the emergence of quantum computing (see below) will render most encryption schemes obsolete. Preparing for a future that features quantum computing, IBM researchers have developed a post-quantum encryption method called lattice cryptography. IBM notes, “No computer can crack it, not even future quantum computers. With lattice cryptography we can work on a file, or encrypt it, without ever exposing sensitive data to hackers.” We can only hope they’re right because hackers are relentless.

The world’s ocean are vast, yet humankind has negatively impacted their health. For example, it was recently announced that the Great Pacific Garbage Patch — “a floating swath of debris caught in a gyre” — is bigger than first estimated.[5] New research shows twice as big as Texas. Garbage, however, is not the only threat to our oceans. IBM hopes AI-powered robot microscopes can help save our dirty oceans from other pollution threats. IBM explains, “IBM scientists are working on an approach that uses plankton, which are natural, biological sensors of aquatic health. AI microscopes can be placed in bodies of water to track plankton movement in 3D, in their natural environment, and use this information to predict their behavior and health. This could help situations like oil spills and runoff from land-based pollution sources, and to predict threats such as red tide.”

With rise of artificial intelligence systems, analysts have warned biases can affect the insights AI systems provide. You might remember back in 2016 when Microsoft launched Tay, an AI chatterbot. It only took days for Tay to start tweeting terrible things reflecting the worst of humankind.[6] IBM notes, “Within five years, we will have new solutions to counter a substantial increase in the number of biased AI systems and algorithms. As we work to develop AI systems we can trust, it’s critical to develop and train these systems with data that is fair, interpretable and free of racial, gender, or ideological biases. With this goal in mind, IBM researchers developed a method to reduce the bias that may be present in a training dataset, such that any AI algorithm that later learns from that dataset will perpetuate as little inequity as possible. IBM scientists also devised a way to test AI systems even the training data is not available.”

For several years now, researchers have promised quantum computing is within reach. Millions of dollars are being poured into quantum computing research by large companies like Google, Microsoft, and IBM. IBM is optimistically predicting quantum computing is about to go mainstream. The company explains, “In five years, quantum computing will be used extensively by new categories of professionals and developers to solve problems once considered unsolvable. Quantum will be ubiquitous in university classrooms, and will even be available, to some degree, at the high school level. IBM Researchers are already achieving major quantum chemistry milestones. They successfully simulated atomic bonding in beryllium hydride (BeH2), the most complex molecule every simulated by a quantum computer. In the future, quantum computers will continue to address problems with ever increasing complexity, eventually catching up to and surpassing what we can do with classical machines alone.” Quantum computers still remain extremely expensive to build and maintain; so I’m not sure how widespread their availability will be. Nevertheless, they do hold enormous potential for solving problems once thought impossible to attack. I’m not certain IBM’s optimistic timeline is correct, but I hope it is.

IBM’s 5 in 5 predictions are always interesting. At the very least, they provide thought-provoking insights into what the future may hold.