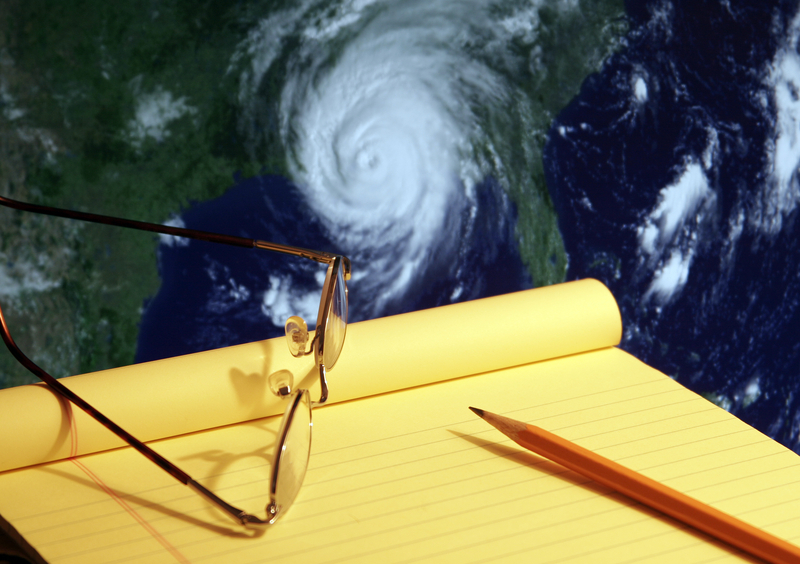 Still entangled in the throes of the pandemic, U.S. supply chains face seasonal risks as the hurricane season begins — and it could be a tough season. Chris Dolce (@chrisdolcewx) reports, “The 2020 Atlantic hurricane season is off to a fast start with three named storms by early June.”[1] He notes, “There have been several unusual aspects about this early-season activity.” They include the fact that the first two named tropical storms, Arthur and Bertha, both formed in May. June 1st is the official start of hurricane season. The third named storm, Cristobal, soaked areas from southeast Louisiana to north Florida and south Georgia, then became only the fourth tropical storm to track into Wisconsin or its adjacent Lake Michigan waters in more than 100 years of records. The second named storm, Bertha, made landfall an hour after it formed. According to Dolce, “All three storms so far this season have brought impacts to the U.S. … Forecasters predict that oceanic and atmospheric conditions in the Atlantic will be favorable for a more active than usual hurricane season in the months ahead.” Mark Puleo (@AccuPuleo) adds, “Looking ahead, records for this already historic season may continue to be set with the name Dolly on deck. According to records from the National Hurricane Center (NHC), the month of June has had only two other D-named storms: Tropical Storm Debby from 2012 and Tropical Storm Danielle from 2016.”[2]

How bad could the hurricane season be?

As Dolce noted, this could be a very active hurricane season. According to federal weather forecasters, conditions in the Pacific Ocean aren’t going to help. According to Doyle Rice (@usatodayweather), “El Niño isn’t likely to form this year. … This could be more bad news for the 2020 Atlantic hurricane season, which is already off to a roaring start with a record three named storms so far. El Niño, a natural warming of sea water in the tropical Pacific Ocean, tends to decrease hurricane activity in the Atlantic, Caribbean and Gulf of Mexico.”[3] On the other hand, Rice notes, “Its opposite number, La Niña, marked by cooler-than-average sea water in the Pacific, often boosts tropical activity in the Atlantic, one of the reasons for the predicted busy hurricane season. Forecasters from the Climate Prediction Center … said that there’s an approximately equal chance of La Niña and ‘ENSO-neutral’ conditions for the peak of the Atlantic hurricane season (August-October), according to Colorado State University meteorologist Phil Klotzbach. So-called ‘ENSO-neutral’ conditions mean the sea water in the Pacific is neither unusually warm or unusually cool. ENSO (El Nino-Southern Oscillation) is the overall term for the entire climate pattern, including El Niño and La Niña.”

Preparing for the hurricane season

When it comes to preparedness, nothing can beat advanced warning. Megan Ray Nichols (@nicholsrmegan) notes, “For companies that rely on ports and harbors, advance warning about incoming storms is still sometimes not enough.”[4] Sometimes advanced warning isn’t possible (e.g., tropical storm Bertha that made landfall an hour after it formed). Generally, however, technology can help. Nichols explains, “With the right application of intelligent technologies, manufacturers and supply chain partners can more easily make proactive decisions, like diverting vessels and making other route changes. It’s a chance to avoid a delay, or could at least result in saving valuable merchandise that might’ve been lost had the right data not been available.”[4] Of course, hurricanes just don’t affect ports and harbors; they affect everything in their path. Patrick Brosnan (@PatrickJBrosnan), Founder and CEO of Brosnan Risk Consultants, explains, “Hurricanes are a potential threat to every business. Whether you are in the path of a storm or not, you may have customers and vendors in the affected region. These catastrophic storms can cause supply chain disruptions due to port and airport closings, flooding of major roads, communication disruptions and power outages. Add to this the increasing frequency and intensity of the Atlantic hurricane season, and businesses who are unprepared may have trouble recovering.”[5] He suggests five ways companies can secure their assets, employees, and supply chain. They are:

1. Assess your risk. Brosnan writes, “A good plan begins with assessing the risk to people, property, data and operations. This includes reviewing potential vulnerabilities for vendors in your supply chain.”

2. Develop an evacuation and security plan for employees. “People are your best asset,” Brosnan writes, “so this step should be a top priority. Your business should prepare for emergency evacuations of employees and contractors. This includes planning for rapid deployments of your security personnel to provide protection during an evacuation or to help on-site if your employees must shelter in place.”

3. Move assets and goods outside the storm impact zone. Getting out of harm’s way is always a good idea. Brosnan explains, “Securing your assets and goods is a critical step in protecting your business from catastrophic loss and disruption of your business. Prior to a hurricane, you should evaluate the need to move critical assets and goods to another region. Relocating your assets to a safe region not only protects them from storm surge and other hurricane-related risks, but also allows you to continue to serve your customers with minimal delays.”

4. Put a business continuity plan in place. Brosnan notes, “Your strategy for keeping your business running during and after a hurricane is not typically something you can figure out a few days before a storm hits. Get a business continuity plan in place before hurricane season to ensure that your business remains safe long after any storm. Your plan should involve reviewing insurance policies to make sure they cover loss due to a hurricane, whether that loss happens in the impact zone or due to a disruption in sales or vendor operations. It should also include details for securing affected locations after a storm to minimize risk from fire, theft and other threats.” You should also consider where your data is being stored and ensure backed up data is stored in a different location. As Nichols notes, “Data backup entails the off-site storage of your company’s intellectual property, process data, customer information, payroll records and more. If your company headquarters or another business location was lost to a disaster, you could rest assured that all the information is safely stored in the cloud and off-site.”

5. Monitor real-time intelligence from local and national authorities. Information is always important; however, information may be in short supply during a hurricane. Brosnan suggests, “Leaders in your organization should sign up for emergency alerts from local and national authorities. FEMA provides resources for learning about shelters, and the National Hurricane Center provides weather alerts for your area. As part of your emergency response plan, you should also have contact information available for public emergency services, such as local police departments, fire departments and hospitals.”

Some retailers are particularly critical before, during, and after hurricanes strike. Construction material suppliers, warehouses, and grocery stores come immediately to mind. Veronica Turk explains, “If you live or work anywhere along the eastern seaboard of the United States, you know the panicked feeling when you hear on the news that a major hurricane is approaching. Even if you believe that the hurricane won’t hit your town, hurricanes are unpredictable by nature. Grocery stores run low on stock as people rush in to purchase as much water, food and emergency products to prepare for the damage as they can.”[6] The pandemic has already affected how grocery stores deal with consumers as well as the products they stock. The hurricane season will bring even more changes. Krishna Thakker (@krishna_thakker) reports, “Grocery stores play a critical role in communities during severe weather events. Before a major hurricane, retailers will often deliver food and water to emergency responders and evacuees.”[7] Thakker notes that grocers recommend consumers familiarize themselves with “the American Red Cross’ hurricane safety checklist to make sure they have a sufficient amount of non-perishables and water, as well as medications, prescriptions and baby supplies.”

Brosnan concludes, “It only takes one storm to cause catastrophic damage to your business.” Nichols adds, “Since these disasters are frequently unpredictable, it is better to be safe than sorry and have a back-up plan to conquer the difficulties that the disaster can cause. With hurricane season upon us, remember to stay informed of weather events, leverage technology to retain visibility to your supply chain and have back-up plans in place ahead of time. With these tools, your company will be able to weather the storm!”