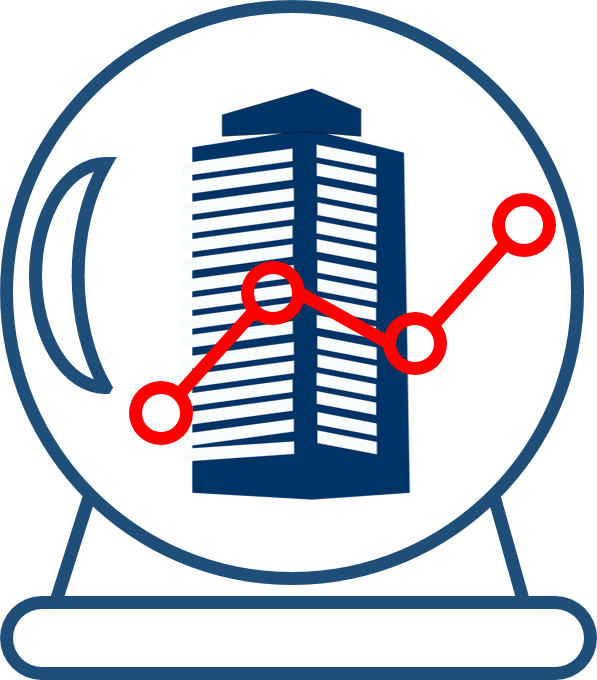 Digital Enterprises: Moving from Systems of Record to Systems of Prediction

There has been a lot of disappointment in business circles about the value companies have derived to date from big data analytics. In many minds, the hype about big data has far exceeded reality. At the same time, analysts insist companies organized around industrial age principles, if they are to survive and thrive in the decades ahead, need to transform into digital enterprises. Is there a way to square these two perceptions? Angus Loten (@angusloten) reports that Richard Sherlund, managing director and chairman of software investment banking at Barclays PLC, believes the perception about big data will be turned around as more companies face the reality of digital disruption. According to Loten, Sherlund told participants at the Wall Street Journal’s annual CIO Network conference, “‘We’re moving from a system of records to a system of prediction’ leveraging optimized data, gathered through mobile devices, Internet-of-Things sensors or other platforms. … Many companies, he added, were unprepared for that shift, which is being driven by machine learning tools that can sort through data for valuable business insights.”[1] Sherlund’s assessment that companies are unprepared for digital disruption is supported by a recent UK survey which found, “The vast majority of UK businesses are unprepared for digital disruption in their workforce.”[2] Jessica Fino (@JessFino) reports, “According to Deloitte’s Global Human Capital Trends survey, just 13% of companies said they were ready to create ‘the organisation of the future’. However, 88% of the businesses surveyed admitted that digital disruption has become a priority.”

According to Sherlund, it has taken time for all the forces of digital disruption to converge. He told conference participants, “‘In the past you, couldn’t aggregate the big data’ sources required to make real-time systems deliver value to a business. Companies that created big data lakes in recent years with Hadoop, for instance, have generally found the results disappointing, he added, since they were unable to tap it for actionable business intelligence. … Predictive systems allow companies to foresee necessary tweaks to products and services, boosting customer service, maximizing efficiencies and transforming business models, he said. … Many companies so far have simply amassed data lakes, hoping to slice and dice it later: ‘The value of big data is not at the data lake stage,’ Mr. Sherlund said, adding that the market remains at that stage today. Achieving the digital transformation needed to move forward has many barriers, of course, not all of which involve technology.” One of those barriers to transformation is people. McKinsey & Company analysts, Michael Bucy, Stephen Hall, and Doug Yakola, insist, “Companies must be prepared to tear themselves away from routine thinking and behavior” if they are going to successfully transform themselves into digital enterprises.[3] They explain:

“The term transformation is … increasingly used for a digital reinvention: companies fundamentally reworking the way they’re wired and, in particular, how they go to market. What we’re focused on here … is something different: a transformation with a capital T, which we define as an intense, organization-wide program to enhance performance (an earnings improvement of 25 percent or more, for example) and to boost organizational health. When such transformations succeed, they radically improve the important business drivers, such as topline growth, capital productivity, cost efficiency, operational effectiveness, customer satisfaction, and sales excellence. Because such transformations instill the importance of internal alignment around a common vision and strategy, increase the capacity for renewal, and develop superior execution skills, they enable companies to go on improving their results in sustainable ways year after year. These sorts of transformations may well involve exploiting new digital opportunities or accompany a strategic rethink. But in essence, they are largely about delivering the full potential of what’s already there.”

In order to move in the right direction, corporations need to be aligned. That means all decision makers need to be working from the same data sets. In the past, that has been a problem. Siloed departments have often kept their own data sets and have little interaction with other departments. In a digital enterprise, everyone works from the same data because it has been integrated, probably by a cognitive computing platform capable of gathering, integrating, and analyzing both structured and unstructured data.

Because digital enterprises operate using an integrated data set, insights can be obtained that affect the entire company. Even though results have disappointed some business leaders in the past, things are improving. Randy Bean (@RandyBeanNVP), founder and CEO of NewVantage Partners, explains, “Now that many executives are finding measurable results from their Big Data initiatives, they are looking ahead and making decisions about investments in emerging capabilities such as artificial intelligence and machine learning.”[4] A survey conducted by his company found, “95% of executives now report that their organizations have undertaken a Big Data initiative [and] 80.7% of executives now characterize their Big Data initiatives as successful.” As Sherlund noted, the real benefit of advanced analytics helping organizations move from a system of records to a system of prediction. A Fast Market Research study concludes, “The prescriptive analytics market size is estimated to grow from USD 1.16 billion in 2016 to USD 4.58 billion by 2021, at a Compound Annual Growth Rate (CAGR) of 31.7%. Emergence of advanced technologies such as, big data and IoT and rising popularity of real-time accessibility of data for efficient business applications has fueled the growth of prescriptive analytics solutions.”[5] Linda Gimmeson (@lindagimmeson), notes, “The Big Data Analytics market is one of the fastest growing of all technologies. It’s not only giving insights for retailers and working as a tool to gain more profits; it’s being adopted by even the most unexpected industries, and becoming an entire industry of its own. … Big Data is not only growing at an impressive rate; it’s encompassing many more industries than ever before, who are realizing that analytics isn’t just for retailers and general profits — it can be used for productivity, accuracy, and even health.”[6]

Prescriptive and predictive analytics make insights actionable. Google analysts report, “Data analytics can work wonders. Highly data-driven organizations are three times more likely to report significant improvement in decision-making, according to PwC research.”[7] Sagnik Nandy, a Google engineer, notes, “Traditionally, we have relied on experts to gather these insights from data. A data-driven organization wants this to happen automatically.” And, as Google analysts state, “Now it can.” They conclude, “Analytics leaders need to be able to easily integrate more data sources, harness advanced technology for faster and more sophisticated analyses, and extract insights that lead to improved business performance.” Dr. James Canton (@futureguru), CEO of the Institute for Global Futures, asks, “What if you could predict what products or services your customers wanted before they did? What if you knew how your competitors were thinking about the market? What if you could anticipate with accuracy the next game-changing business strategy that would give you a strategic advantage?”[8] Are we there yet? No, but we’re getting closer.

Murali Nadarajah, Head of Data and Analytics at Xchanging, explains that new advances in analytics have moved businesses closer to being able to predict future outcomes. “The science of analytics,” he writes, “has continued to evolve. We are able to analyze huge amounts of data today — and with the advent of new tools and methodologies — are no longer restricted to analyzing only what has happened in the past. We now have the power to be predictive.”[9] He adds, “Predictive analytics is essentially the interrogation of massive amounts of historical data, from various sources and in various forms, to identify causal relationships between data points and thus predict future outcomes.” Are predictive analytics perfect? No. Are they better than anything businesses previously have had? Yes.

As organizations face the transformation challenge to become digital enterprises (i.e., as they move from systems of records to a systems of prediction), they will have to rely on cognitive computing platforms capable of integrating both structured and unstructured data and then be able to mine that data for actionable insights. Most analysts predict large improvements in performance, efficiency, and the bottom line once the transformation is complete.