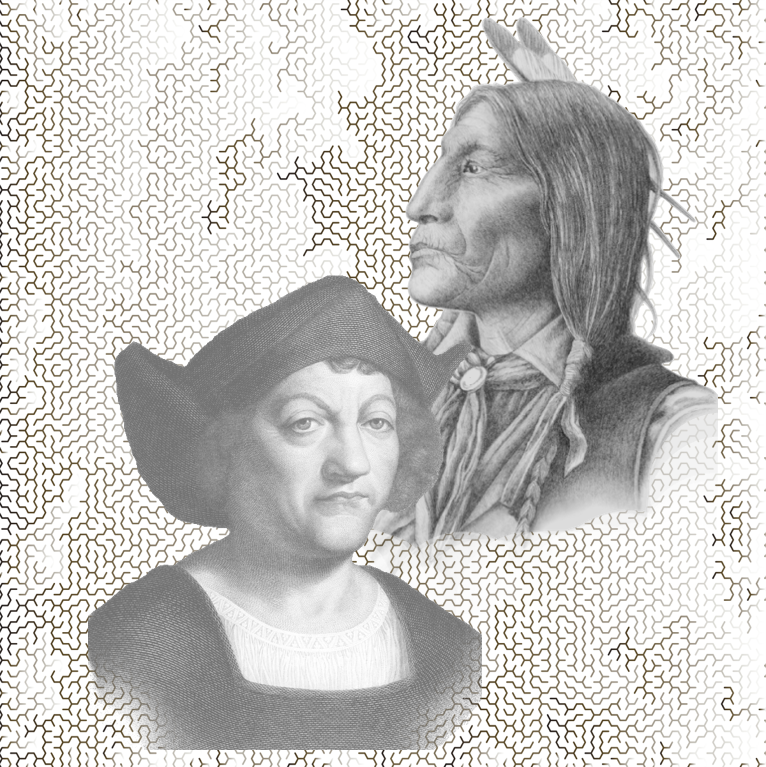 Columbus Day, a day set aside to celebrate the discovery of the New World by Europeans, has become a source of controversy. The History Channel notes, “Over 500 years after he ‘discovered’ the New World — kicking off centuries of exploration and colonization of the Americas — Christopher Columbus is still honored with a federal holiday on the second Monday of every October. As historians have continued to dig into the life of Christopher Columbus, controversy has arisen over continuing to honor the Italian explorer as a hero.”[1] This controversy has resulted in some states and the District of Columbia (ironically named after Columbus) to change the name of the Federal Holiday. Meera Dolasia reports, “[The holiday] has long drawn criticism due to the European settlers’ brutal treatment of the Native American people. It has also been argued that America had already been ‘discovered’ by the indigenous people when Columbus arrived. Hence, Columbus Day, which has been unofficially celebrated since 1792 and a national holiday since 1934, has always been somewhat controversial. Some states like Oregon, Iowa, and Nebraska have never observed it. South Dakota renamed it ‘Native American Day’ in 1990, while Hawaii has called the holiday ‘Discoverers’ Day’ — in honor of the state’s Polynesian founders — since 1988. As public awareness has increased, numerous schools and universities across the country have also stopped marking the event. A 2015 survey conducted by the Pew Research Center found that Columbus Day was the most inconsistently-observed US holiday.”[2]

The controversy surrounding the holiday isn’t likely to go away. You can’t change history and, as the children’s poem notes, “In fourteen hundred and ninety-two Columbus sailed the ocean blue.”[3] His motives for setting sail might be questionable, and his actions after landing in the New World might be deplorable, but, his historic voyage is a matter of fact. The question is whether his voyage deserves a celebration. As the History Channel observes, there is good reason for controversy. The site notes, “There are three main sources of controversy involving his interactions with the indigenous people he labeled ‘Indians’: the use of violence and slavery, the forced conversion of native peoples to Christianity, and the introduction of a host of new diseases that would have dramatic long-term effects on native people in the Americas.” Those of us who are immigrants to this land (which is most of us) are generally grateful our ancestors found their way here. On the other hand, the indigenous population of America wasn’t happy to see them arrive.

As noted above, to try and address the controversy, some cities and states have elected to change the holiday’s name. Dolasia notes, “As would be expected, not everyone believes a name change is necessary. Italian Americans, who have made Columbus Day the centerpiece of Italian Heritage Month, celebrated throughout October, argue the holiday honors the history of immigration, not the explorer. They, therefore, believe the name should be retained or changed to something more suitable, like Italian Heritage Day.” In today’s political climate, a name change that somehow honors immigration is extremely unlikely to happen.

Examining the various names being touted for the federal holiday, the name gaining the most momentum is Indigenous Peoples’ Day. Dolasia explains, “A 1977 delegation of Native nations at the International Conference on Discrimination Against Indigenous Populations in the Americas proposed renaming Columbus Day to ‘Indigenous Peoples’ Day.’ They believed renaming the holiday would help honor the victims of American colonization. Though the resolution passed by an overwhelming majority, it took 15 years for the first city — Berkeley, CA — to rename Columbus Day to Indigenous Peoples’ Day in 1992. The coastal city of Santa Cruz, CA, followed shortly after, in 1994. The movement lost steam again until 2014, when Minneapolis, MN, Grand Rapids, MN, and Seattle, WA, decided to adopt the change. Since then, over 70 cities and states, as well as numerous universities nationwide, have switched to the new name. In 2019, three more states — New Mexico, Vermont, and Maine — voted in the name change as well.” As I noted above, the latest metropolitan area to adopt this name is the District of Columbia.[4] Honoring indigenous people and recognizing the indignities they suffered (and continue to suffer) is certainly long overdue. The name change, however, completely alters the reasons the holiday was established in the first place (i.e., honoring exploration and immigration). It will be interesting to see if a middle ground can be found in the years ahead, something like Heritage Day.

Since Columbus Day is the most inconsistently observed federal holiday, you may not have the day off. If you are one of those whose does get to celebrate the day, the staff at Enterra Solutions® hopes you honor your heritage without forgetting the lessons of history. It’s time we fully embrace the principle espoused in the U.S. Declaration of Independence that “all men are created equal.”