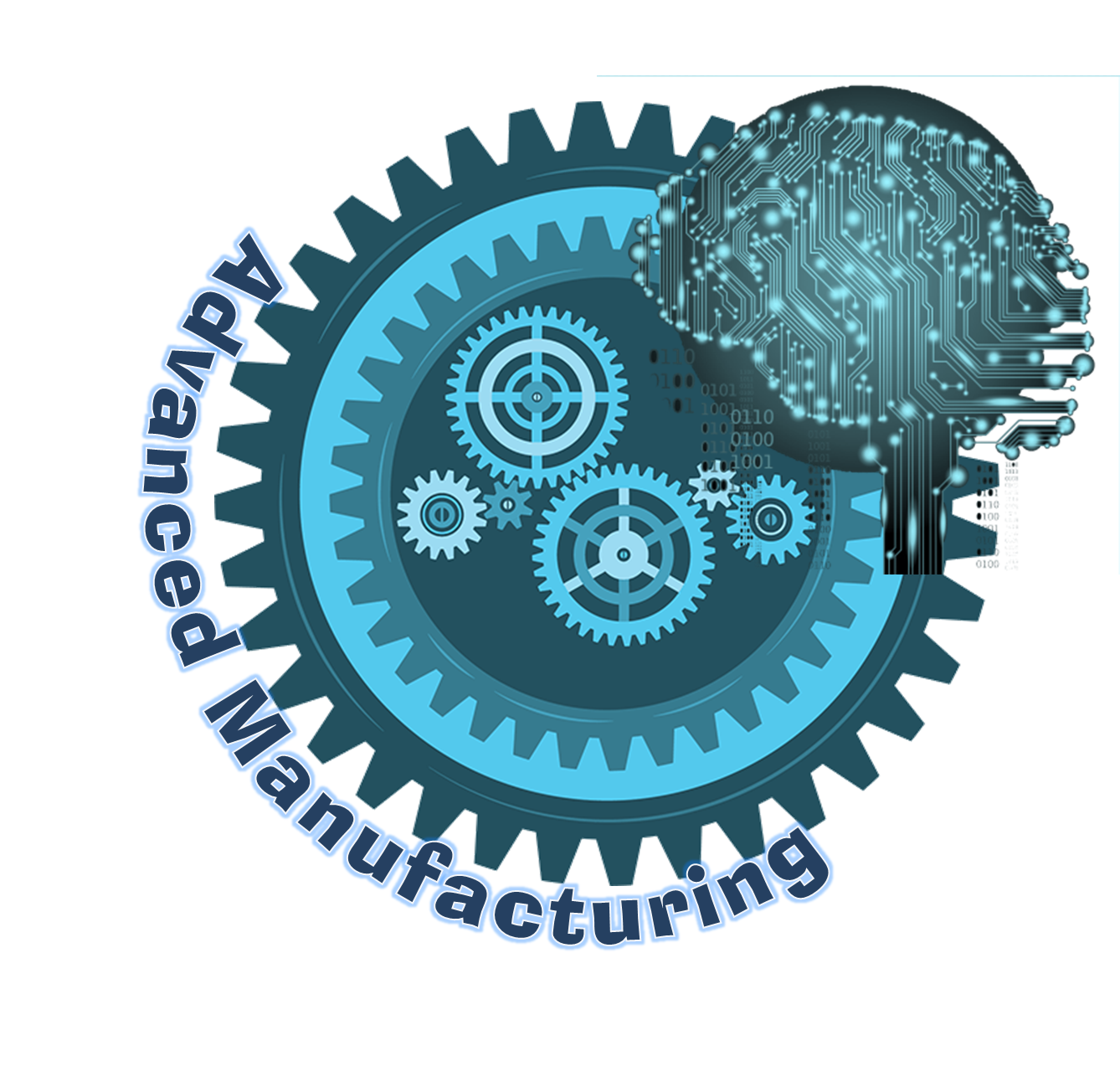 Trade wars, renegotiated trade deals, technology advancements, rising transportation costs, and a growing global middle class have all contributed to a more complex international economic environment. In the United States, growing nationalist and protectionist sentiment rests on the hope manufacturing (and associated jobs) will return from overseas. Michael Collins, President of MPC Management, argues it’s a false hope if a solid industrial strategy is not implemented. He writes, “In building a case for an American manufacturing renaissance, economists cite increasing productivity, cheap natural gas, and rising value-added figures to show that manufacturing is in good shape and will get better. Some of these positivists also claim that rising labor costs in Asia and the creation of U.S. manufacturing jobs since 2010 are evidence of a big turnaround in manufacturing. … If you listen to those who paint these rosy scenarios, you wonder if these companies really have the economic data to prove their projections. I think it is natural to want to give the people who have suffered the most from the decline of manufacturing in the last several decades some kind of hope for the future — but hope is not a plan, and it is going to take more than optimistic projections to make American manufacturing grow.”[1]

Half a dozen years ago, Brookings Institution analysts, Susan Helper, Timothy Krueger, and Howard Wial, wrote, “Manufacturing matters to the United States because it provides high-wage jobs, commercial innovation (the nation’s largest source), a key to trade deficit reduction, and a disproportionately large contribution to environmental sustainability.”[2] Boston Consulting Group analysts, Harold L. Sirkin, Michael Zinser, and Justin Rose believe the most important manufacturing sectors are those involved in “advanced manufacturing” (aka smart factories or Industry 4.0). They assert one reason advanced manufacturing is important is because it places an emphasis on increased productivity rather than low-cost labor. “For the past few decades,” they write, “the scramble for competitive advantage in manufacturing has largely revolved around finding new and abundant sources of low-cost labor. But with wages rising rapidly in China and other emerging markets, manufacturers worldwide are under intensifying pressure to gain advantage the old-fashioned way — by improving their productivity.” Collins agrees manufacturing still matters in a world becoming ever more service oriented. He insists, “The truth is if manufacturing continues to decline, then America will decline. The assumption that a service economy is adequate is a huge gamble which risks living standards, the economy, and in fact, our position as the No. 1 economy in the world.”

Because of the emergence of new technologies, such as robotics and artificial intelligence, reshoring and increased manufacturing in the United States won’t bring back the kinds of factories in which our parents and grandparents worked. Amir Mizroch (@Amirmizroch), Director of Communications at Start-Up Nation Central, explains, “By 2025, the sector called Industry 4.0 — the Fourth Industrial Revolution — is expected to generate close to $1 trillion in economic value, much of it unlocked by the efficiencies and disruptions transforming factories and production lines around the world.”[4] Those production lines will be manned by machines not humans. Automation is a continuing trend. In fact, Stephen Fortes and Janie Ryan report, “Sixty-seven percent of industrial manufacturers say they have ongoing smart factory initiatives.”[5] They go on to discuss technologies underpinning the smart factory movement.

Virtualization. According to Fortes and Ryan, “The factory of the future will be characterized by the ability to plan production flows and employee allocations virtually, before any actual implementation takes place — allowing manufacturers more freedom to ideate and plan their processes, risk-free.” In some cases, virtualization will be manifest in the form of digital twins. Analysts from Deloitte note, “Data has long played a central role in manufacturing, but today the growing influence of the internet of things is forging a closer connection than ever between the industry’s digital and physical worlds. Thanks to continuous streams of real-time data, it’s now possible to create a digital twin of virtually any product or process, enabling manufacturers to detect physical issues sooner, predict outcomes more accurately, and build better products.”[6]

Internet of Things (IoT). The IoT, sometimes called the Industrial Internet of Things (IIoT), is actually an ecosystem consisting of sensors that generate data on end, advanced analytics (aka cognitive computing) on the other end, connected by a network of networks. Fortes and Ryan note, “The Internet of Things is one of the key 21st century innovations to affect not only manufacturing, but the end-to-end supply chain. It moves information from siloed databases to the cloud, generating feedback, analytics, and actionable data. With the Internet of Things, factory operations can perform more autonomously and can be managed through a single platform. By helping devices across supply chain operations ‘talk’ to each other, IoT can enable machines to perform better, more efficiently, and more economically.”

Customization and Additive Manufacturing. Additive manufacturing (aka 3D printing) is poised to change some manufacturing processes. Matthew Timms explains, “3D printing is slowly reshaping the traditional supply chain, and could conceivably be the single most disruptive breakthrough since progressive assembly.”[7] Timms correctly points out additive manufacturing won’t ever completely replace traditional manufacturing. Nevertheless, additive manufacturing is still poised to have a major impact. Fortes and Ryan add, “Today’s companies can’t afford to ‘design for manufacturing.’ While this strategy is great for mass production, it’s not good for customizing to fast-changing customer preferences. And in today’s rapid-fire marketplace, if you can’t deliver on customer expectations, your brand won’t last. This is why the real potential value in 3D printing isn’t just quick prototyping. It’s the opportunities it creates for ‘manufacturing the design’ — modifying and producing goods on short notice based on what’s selling. 3D printing could release manufacturers from the trap of producing identical units in bulk, and free them up to iterate different versions of products quickly, creating lines that are more customized to consumers.”[8]

Human and machine collaboration. Industry 4.0 won’t bring back large numbers of blue collar jobs and the jobs it will create will require Information Age skills. Fortes and Ryan explain, “The days of lines of factory operators working heads-down could soon be behind us. With collaborative robots or ‘cobots,’ human and machines will work collaboratively to drive production lines. Integrating cobots has the potential not only to improve efficiency, but also to increase worker safety. With the fear of job replacement looming large, robots in manufacturing remain something of a controversial subject. But the most likely scenario in the factory of the future will be a collaborative one in which robots take on a larger portion of the kinetic aspects of work, with humans taking on roles supervising and maintaining the machines.”

The Information Age requires manufacturers to adapt to changing conditions. Fortes and Ryan conclude, “The real goal is to create a global ecosystem linking suppliers, partners and even customers through a connected supply chain. Reducing operational and informational siloes will grant factories a two-way flow of information. The results will be more real-time optimization, faster decision-making, and the kind of customer-centric innovation that will truly drive your factory into the future.” Mizroch adds, “Manufacturing, which in many places hasn’t fundamentally changed in hundreds of years — meaning labor intensive factories pumping out commodities under constant pressure to produce at lower cost — is now poised to become a lot smarter, with automation and AI creating innovations not seen since the First Industrial Revolution some 300 years ago.” With the right policies and investments, increased U.S. manufacturing can move from hype to hope.