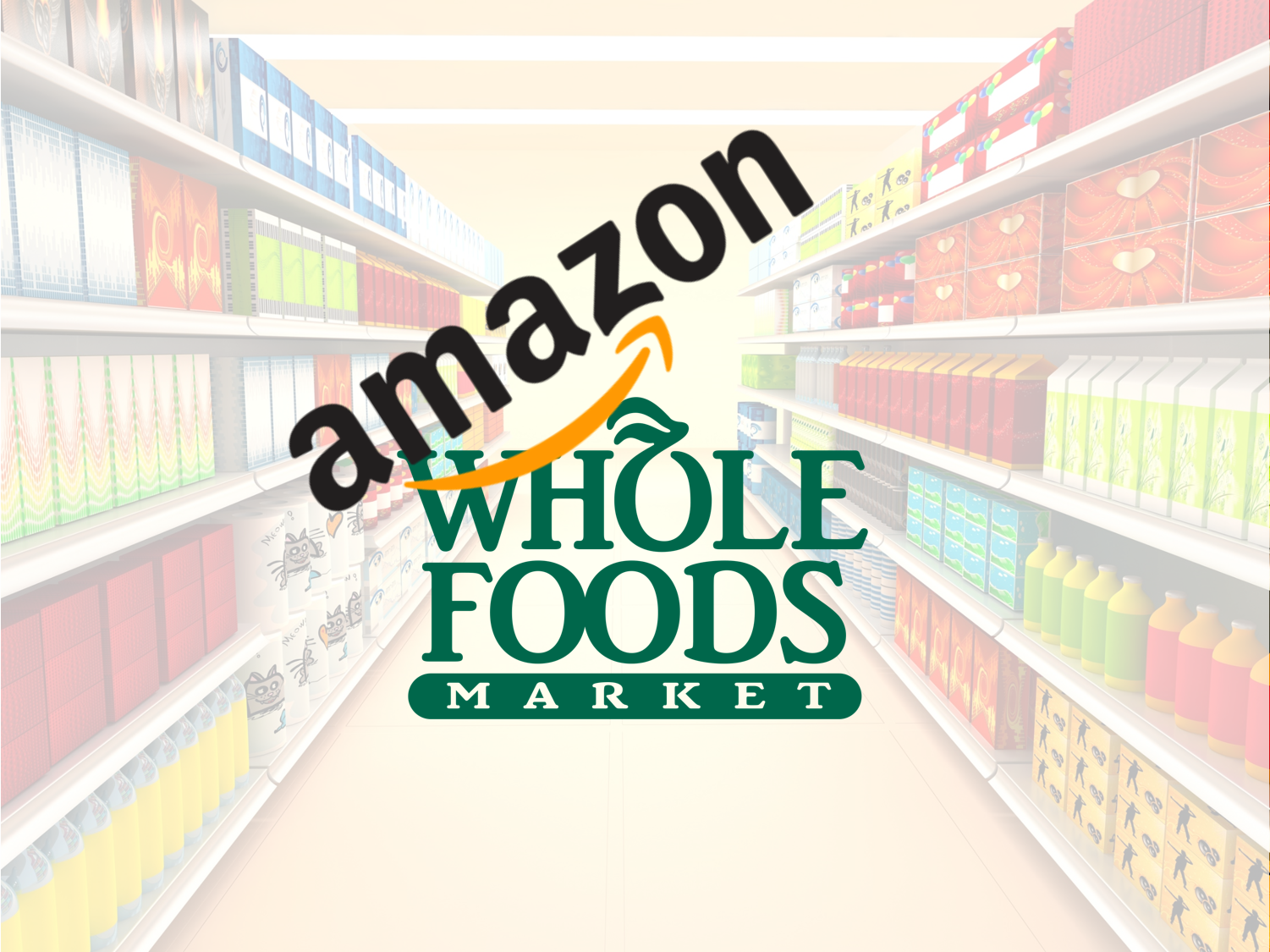 Amazon is Transforming the Grocery Sector

The retail sector is in the midst of a major transformation. Transformation pressure is coming from all sides: competitors, customers, and emerging technologies. Amazon’s acquisition of Whole Foods is simply the latest indicator of how fast the sector is transforming. Amazon’s bid sparked a lot of discussion. Steve Auger surmises it is part of a larger Amazon strategy to grab market share in the Internet of Things (IoT) arena. He writes, “Amazon is in a high stakes battle for the home IoT appliance and the stakes are high. Capturing market share early on is critical. Battle for the kitchen is one battle in the overall war, a small battle but critical none-the-less.”[1] Another market analyst, David J. Waldron (@davidjwaldron), believes “the Kraft Heinz failed merger bid with Unilever last February pales in comparison to Amazon’s …  acquisition of Whole Foods Market.”[2] Why? Maybe because Amazon sees Whole Foods as a player in its broader e-commerce strategy as well as its food sector strategy. As analysts from Activist Stocks observe, “[Whole Foods] has the advantage of being in urban, wealthy areas.”[3] Why does that matter? It matters because Amazon may use those stores as pick-up spots for its e-commerce business.

Because Amazon plays in so many retail sectors, its acquisition of Whole Foods provides a good touchpoint for discussing pressures driving retail transformation. As noted above, those pressures include customers, competitors, and technologies.

Business analysts have always insisted companies need to be customer-focused. Karl Albrecht once said, “If you’re not serving the customer, you’d better be serving someone who is.” What is new is the fact that customers are much more empowered than they have been in the past. “We are at the beginning of the connected customer revolution,” writes Vala Afshar (@ValaAfshar), Chief Digital Evangelist at Salesforce. “The rise of the connected customer is driven by revolutions in technology — cloud, mobile, social, data science and the Internet of Things.”[4]

Earlier I mentioned one of the reasons Amazon may have acquired Whole Foods is to enhance its e-commerce business. Customers’ expect quick delivery of products ordered online — and those expectations are rising. Erica E. Phillips (@EEPhillips_WSJ) and Jennifer Smith (@jensmithWSJ) note, “For more than two years, Amazon has been building out a network of urban warehouses, located in highly populated neighborhoods, and offering ‘Prime Now’ delivery of food and sundries within a one- or two-hour delivery window.”[5] In that light, the Whole Foods acquisition makes perfect sense. Phillips and Smith write, “Adding the more-than-430 stores in Whole Foods’s network would expand Amazon’s current neighborhood network by a factor of at least five. … ‘It’s going to give them little warehouses all around the country in some of the big markets,’ said Michael Knemeyer, a professor of logistics at Ohio State University’s Fisher College of Business.” Phillips and Smith add, “One potential immediate benefit from buying the grocer is the chain’s refrigerated storage areas, which would have been expensive to install across a network of basic warehouses, experts say, as Amazon seeks to build out its own grocery business.”

Since the customer is king in this new connected era, omnichannel strategies are becoming essential. Retailers that have failed to master omnichannel strategies are quickly disappearing. Larry Lewis, a product marketing manager at Kewill, writes, “Behind all of these changes is the consumer-driven market, where retailers must cater to shopper expectations more than ever. This demand directly impacts the full supply chain by introducing complexities for retailers who must stay on top of every touch-point — from those that trickle down to shoppers to the ones that work up to suppliers. The best way for retailers to take charge of an industry driven by the insatiable expectations of shoppers is to gain accurate visibility into the supply chain.”[6]

Smart companies keep their heads on a swivel scanning the horizon for unexpected competitors. For many in the food sector, Amazon’s acquisition of Whole Foods was unexpected. Ben Thompson (@stratechery) compares Amazon’s acquisition of Whole Foods to Apple’s entering mobile phone market.[7] When speculation first surfaced that Apple would make a mobile phone, Palm CEO Ed Colligan said he wasn’t worried. “PC guys are not going to just figure this out,” he said. “They’re not going to just walk in.” When Amazon started showing interest in the food sector, “Whole Foods founder and CEO John Mackey predicted that groceries would be Amazon’s Waterloo.” Thompson asserts Colligan and Mackey fundamentally “mis-understood their opponents’ goals, strategies, and tactics. … While the iPhone may be the most successful product of all time, Amazon and Jeff Bezos have their sights on being the most dominant company of all time. Start there, and this purchase makes all kinds of sense.” Linda Formichelli writes, “But what about smaller natural-grocery rivals like Sprouts Farmers Market, Earth Fare and Fresh Thyme? Whole Foods has been losing market share to these aggressive competitors for a number of years. Will this move turn the organics-laden tables?” She gets her answer from David J Livingston, owner of DJL Research. “I think competitors like Sprouts, The Fresh Market, Fresh Thyme, Earth Fare and Natural Grocers are totally screwed. They are not that good to begin with. Trader Joe’s is the undisputed sales-per-square-foot performer. Then comes Whole Foods. All the rest are distant also-rans.”[8]

The food sector is now learning what companies in other sectors (like entertainment and transportation) learned several years ago. The digital era is disruptive. Companies failing to transform into digital enterprises driven by a sound digital strategy are going to find themselves in history’s dustbin. The good news is that many advantages are transient. Rita Gunther McGrath (@rgmcgrath), a Strategy & Innovation expert and professor at the Columbia Business School, writes, “As barriers to entry collapse, advantages last for shorter and shorter periods of time. … By and large, my recommendation to senior leaders is to assume that transient advantage is the norm.”[9] One reason advantages are becoming transient is because companies now have access to some of the same technologies as their competitors.

When the customer is king (and the king must be served), retailers need to know a lot about the king’s tastes and preferences. Angus Loten (@angusloten) reports that the Amazon/Whole Foods deal will “ramp up efforts by supermarket owners to leverage data analytics, cloud computing and other digital tools to boost customer services.”[10] Stephen DiFranco, a former vice president at Hewlett-Packard and Lenovo, told Loten via email, “Whole Foods will soon become Amazon’s experimental playground for developing more sophisticated big-data marketing strategies.” Earlier Afshar noted a few technologies transforming the retail sector: cloud, mobile, social, data science and the Internet of Things. To that I would add cognitive computing. Connectivity is great and data is the lifeblood of the digital era; however, the brains that will make sense of it all will be provided by cognitive computing platforms.

How big of deal is the Amazon/Whole Foods venture? Laura Heller (@lfheller) reported a couple of retail experts’ responses.[11] Scott Galloway, professor of marketing at NYU Stern School of Business, said on CNBC, “This is a frightening day for every retailer that is not Amazon.” And Jason Goldberg, senior vice president of commerce at SapientRazorfish, stated, “When the most disruptive retail force on the planet makes a $13.7 billion investment in your segment, it’s a bad day.” No retailer in his or her right mind is waiting around to see what’s going to happen next. The retail transformation is in full swing and any company not already involved is falling further behind every day.