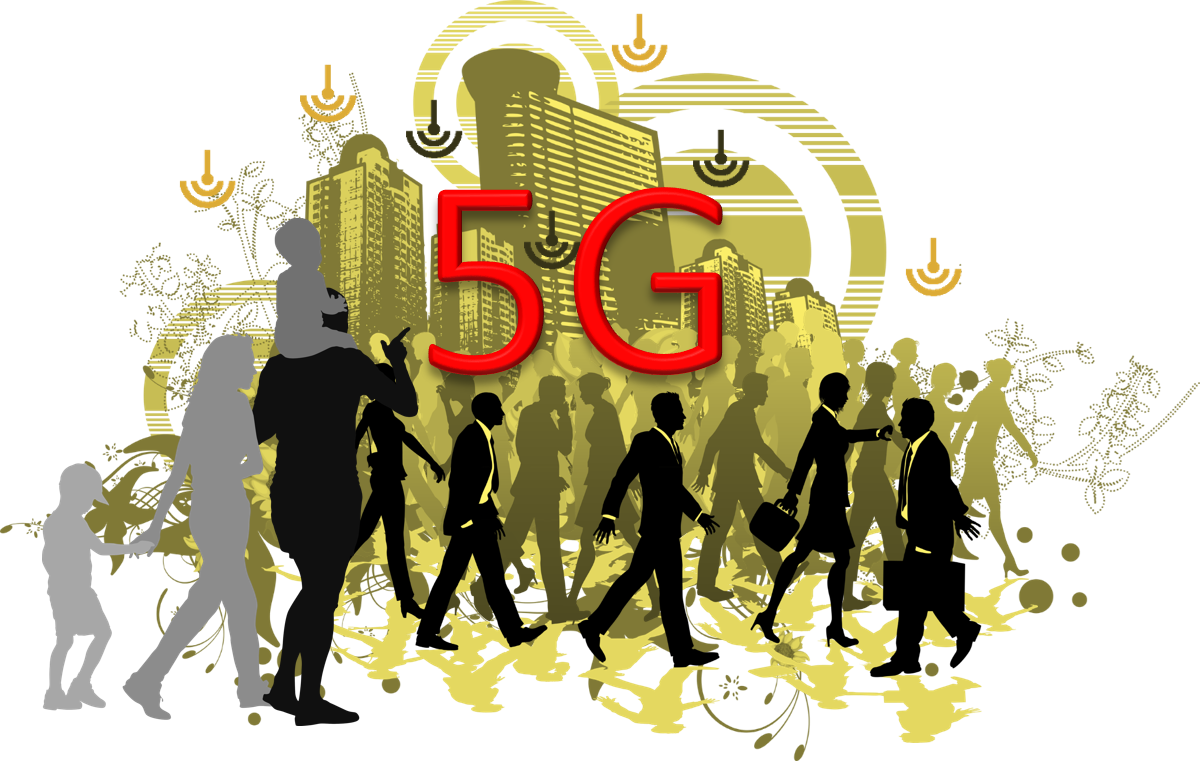 5G and the Future of Smart Cities

The hype about fifth generation (aka 5G) wireless technology is just beginning. The importance of this technology, however, cannot be overstressed. Kalyan Parbat explains, “5G or ‘fifth-generation’ is a fast, wireless broadband technology that will transcend smartphones and connect anything from cars, machines and home appliances at speeds 50-to-100 times faster than present 4G networks. It will offer lower lag times when transferring data.”[1] The good news is 5G technology is not a future technology; it’s already knocking at the door. Parbat reports, “Globally, US carriers Verizon and AT&T are poised to start the first wave of commercial 5G launches this year, which, in turn, will be followed by operators in Japan and South Korea in 2019. China, which finalized 5G spectrum band for trials almost a year ago, is slated to start pre-commercial 5G rollouts early next year.” In fact, Verizon started testing 5G in 8 municipalities last year and will up that total to 11 this year (Atlanta; Ann Arbor, Mich.; Bernardsville, N.J.; Brockton, Mass.; Dallas; Denver; Houston; Miami; Sacramento, Calif.; Seattle; and Washington, D.C.). “While 5G is not expected to replace 4G,” says Chris McCann, a spokesperson for Verizon, “it does offer the opportunity for a range of uses, including smart city applications that employ the Internet of Things.”[2] Many analysts assert 5G technology will provide the backbone needed for many smart city initiatives.

“The fifth generation of wireless technology has the potential to upend the way cities work,” writes Benjamin Freed (@brfreed).[3] Why? Because 5G will be able to connect buildings, people, cars, utilities, and myriad other things in new, faster ways. As the excitement about 5G grows, so do concerns. Former U.S. national security adviser, retired Marine General James L. Jones, cautions, “[All the excitement will be] for naught if 5G networks can’t be properly secured.”[2] Jones acknowledged “5G is disruptive” and the technology will “affect who we are as a nation for the rest of the century. … But the new networks will only be as strong as their cybersecurity.” Although no system can be completely safe from hacking, a cyber-secure 5G network will be the fiber woven into the fabric of every smart city.

“EMBB will provide significant improvements over existing 4G mobile networks. It promises up to 10 Gbps maximum throughput (actual user experience will be lower), latency of less than 5 ms, and support for up to 100 times more end users. Large venues such as stadiums and airports may be early beneficiaries of eMBB services. Cell sites with very small form factors — the size of a tablet or softball — will be deployed in a very dense configuration for eMBB. For example, in a stadium, a tablet-shaped small cell could be located under seats as frequently as every 10 feet.”

“URLLC will be used for mission-critical applications where guaranteed latency of 1 ms is essential. Examples of uRLLC application include automated (self-driving) vehicles, virtual reality for applications such as remote surgery, or in the smart grid context, teleprotection or wide area monitoring and situational analysis. uRLLC applications will rely upon millimeter wave (mmWave) spectrum bands (above 24 GHz) where very fast signals are possible. However, these bands will also require very high cell site density.”

“MMTC networks will provide 1,000 times more bandwidth than 4G in any given area, supporting the millions of dispersed sensors that will create the IoT. The applications for mMTC will be less dependent upon low latency, offer long battery life, and offer guaranteed communication at less frequent intervals. Low power wide area (LPWA) technologies, which have already begun deploying over existing 4G networks (e.g., LTE-Cat-M1 and narrowband-IoT, or NB-IoT), will contribute to the mMTC aspect of 5G networks.”

Tom Wheeler (@tewheels), a Brookings Institution Visiting Fellow in the Center for Technology Innovation, reports, “The Wireless Industry Association warns the U.S. is in third place behind China and South Korea when it comes to 5G.”[6] Wheeler, however, is less concerned about competing with China or South Korea in the race to implement 5G networks than he is about how 5G will serve U.S. residents. “There is no doubt that 5G is an important step forward for wireless technology that will benefit consumers and drive economic growth,” he writes. “However, it is time to take a deep breath and let logic temper emotional battle cries and political gamesmanship. We need to spend less time worrying about China and more time asking how we can race to make 5G work for all Americans.”

Who will control 5G?

The current battle in the 5G arena is over who will control how it is implemented. Wheeler notes, “The Trump Federal Communications Commission (FCC) has used the race [between the U.S. and China] to justify extending Washington’s regulatory reach down to telling local governments how to do zoning for antenna siting (this from the ‘deregulatory’ administration).” Rob Pegoraro (@robpegoraro) adds, “The next generation of wireless internet needs lots of new equipment in public spaces. The federal government just limited what cities can do about that, and mayors say they’re prepared to fight back. … Under the new rules, local governments face tight deadlines to approve or reject the installation of this new cellular equipment. The rules also put limits on how much money cities can charge wireless firms for the privilege of putting hardware in public rights of way. This is no small move. The 5G buildout will require massive amounts of new gear, and the installation and approval process has already proven contentious in many places. The U.S. Conference of Mayors was quick to criticize the FCC’s move as a breach of local authority and suggest it will turn to the courts for resolution.”[7]

Some states have also entered the fray. Mike Maciag (@mikemaciag) reports, “Back in 2016, several major phone carriers approached the city of McAllen, Texas, about building state-of-the-art 5G wireless networks. With the promise of ultra-fast internet connection speeds and an array of potential commercial and public applications, city officials eagerly entered into discussions about amending local ordinances to accommodate the necessary infrastructure. Months later, they were close to reaching an agreement on establishing a large-scale pilot program. It all started to unravel, though, when McAllen and other Texas cities heard about a proposal in the legislature setting statewide rules for 5G installation and prohibiting local governments from negotiating their own deals. … The legislation sailed through both chambers and was signed into law last spring.”[8] He further notes, “As of early this summer, 20 states had enacted legislation aimed at facilitating 5G small-cell deployment, according to the National Conference of State Legislatures.” Clearly, the battle isn’t over; but, in most battles, the Federal Government generally wins.

Wheeler concludes, “The advent of 5G wireless will be an important continuation of the marriage of computers and communication. It will create new services, spur innovation, and stimulate economic growth. The future will belong to 5G — which is why it should belong to all Americans.” In the long run, 5G technology will be a boon to cities because it will help make them more efficient and safer. City, state, and federal governments need to work together to ensure the 5G era is implemented in a way that everyone wins.